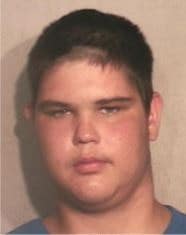 According to the criminal complaint, Jared Brown called the Lockport City Police Department through the 911 call line and told the operator that he would kill the president, which prompted the Secret Service to get in involved.

Secret Service Agents interviewed Brown about the comments to which Brown said, “Yeah I would kill him” and “I would shoot that n——.”

The complaint states that Brown expressed no remorse or justification for making threats.

Brown told the agents that he often thought about killing the president, watched TV shows on serial killers and assassins, googled how to make a bomb and kill people, and admitted to calling up the police to threaten to kill the president.

He also told the agent that he bought a gun on the street, fired it at people on two separate occasions and then disposed of the gun.

If convicted of the allegations, Brown faces up to 5 years in prison.