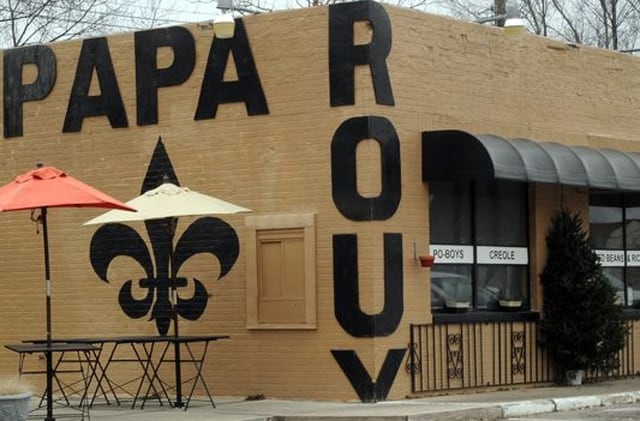 A popular Cajun eatery in Indianapolis was robbed Saturday night and now the owner of Papa Roux is encouraging concealed handgun license-holders to patronize his business by offering them a 25 percent discount.

Art Bouvier said the robbery, which occurred while several customers were in the restaurant, was the first in his eight years of business. Around 7:30 p.m., the suspect walked in and placed an order, but a few minutes later, when shift leader Hannah Watts returned to the counter, the suspect told her not to move as he reached into the tip jar and pulled out a wad of cash.

“I froze,” Watts recalled. “There was something about his voice.”

Although he never displayed it, the suspect told Watts and another employee he was armed with a gun and said he needed all of the money from the registers. It’s unknown how much money the suspect made off with, but nobody was injured during the ordeal. Bouvier said he told his crew the money was replaceable, but their lives were not.

“My crew needs to be commended for how they handled the situation,” Bouvier told the Indianapolis Star. “They were completely professional – no one even knew what was going on until (the robber) left.”

Bouvier, who describes himself as a strong supporter of the Second Amendment, immediately took to Facebook to tell the locals about the incident, as well as offer up the new discount. 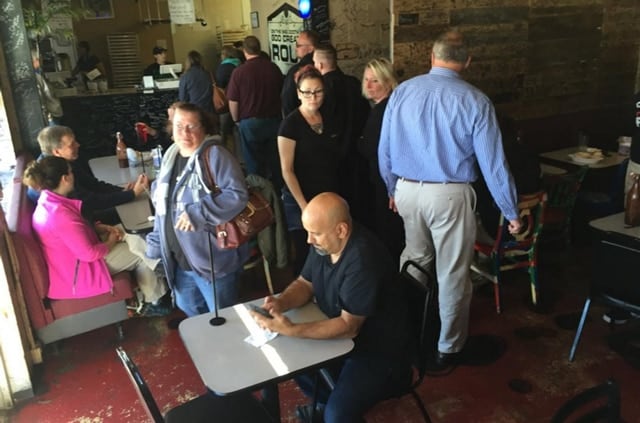 “This is crazy for a Monday,” said Papa Roux owner, Art Bouvier, just one day after he began to offer the discount. (Photo: Twitter)

“Everyone is a little shaken up today,” Bouvier said the day after the robbery, which authorities believe was an isolated event. “My manager can’t shake the feeling of helplessness, but I don’t want her to fear this happening again.”

Bouvier said a few of his customers aren’t happy with the announcement of the discount, but they are a minuscule group compared with the overwhelming support he has received. In fact, on Monday, Papa Roux saw a full house, an unusually large crowd for the beginning of the week.

“It’s a shame that some people feel they need to stay away,” Bouvier noted. “They’ll go out to eat with the possibility that a criminal will bring a gun in, but they’ll stay away if they think customers might be carrying. That’s weird to me.”