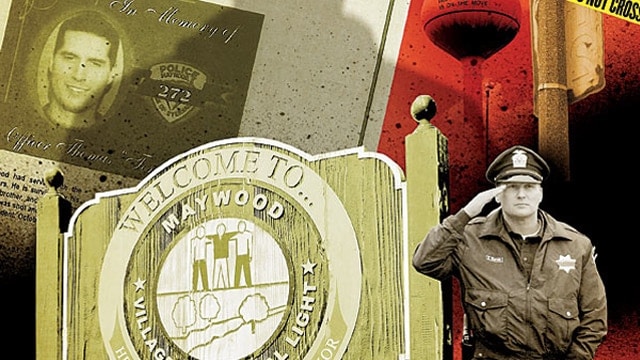 In support of the continuing investigation into the murder of an officer in the village of Maywood, which is located just outside Chicago city limits, the feds have renewed its request for the public’s help in solving the crime.

Details surrounding the October 2006 shooting death of Maywood Police Officer Thomas Wood are still thin. What is known that nine years ago, Wood was sitting in a patrol vehicle — an SUV — with his K-9 partner when he was shot multiple times in the chest and head at the end of his shift. He died but the dog was okay.

According to a 2012 report by the Chicago Magazine, the investigation into the incident by local authorities has been in shambles and details, which were only released because of pressure by the media, are few.

The magazine reports that there have been suspects like an ex–Maywood cop who lived just a few doors down from the murder scene and had previously butted heads with Wood; a local troublemaker whose license plate Wood was looking up on his squad car computer just before bullets started flying; and police were told that two reputed gang members may have been in the area.

The magazine also reported that some in town held the theory that Wood was killed by a fellow police officer. But no charges were ever filed and the Federal Bureau of Investigation’s Chicago field office has since taken the case.

Wood, 37, served on Maywood Police for nine years and was first officer to be killed in the town’s 143-year history. He was survived by his wife and five kids.