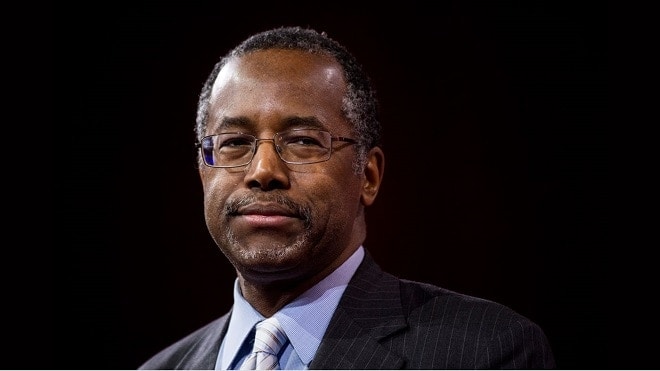 Carson’s comments on how he would react to a shooting are drawing fire from a gun control group. (Photo: AP)

Citing comments made by 2016 Republican Presidential candidate Ben Carson on how to respond to an active shooter incident, the group is petitioning for a public apology.

Following a mass shooting at Umpqua Community College in Roseburg, Oregon, Carson was candid with Fox News “Fox and Friends” co-host Brian Kilmeade on Oct. 6 about his personal response if confronted with a similar situation.

“Not only would I probably not cooperate with him, I would not just stand there and let him shoot me. I would say ‘Hey, guys, everybody attack him! He may shoot me but he can’t get us all,'” Carson said.

Wednesday, with Carson polling high among the field of 14 potential GOP candidates, former New York Mayor Michael Bloomberg’s Everytown for Gun Safety group blasted the retired neurosurgeon on social media, labeling his comments insensitive to anyone who has been affected by gun violence.

“We can’t let him get away with blaming gun violence victims, while opposing common-sense measures that would keep guns out of the hands of dangerous people in the first place,” says a message linked to a petition by the group seeking an apology from Carson.

The candidate has been outspoken in his support for gun rights, addressing the National Rifle Association’s Leadership Forum in Nashville earlier this spring and weighing in on the issue repeatedly since then.

Carson is scheduled to attend a rally at West Memphis High School in Arkansas on Friday.