Girlfriend arrested in connection to Boys and Girls Club shooting 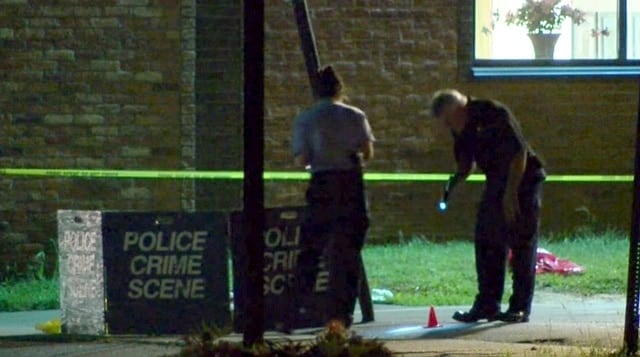 The shooting at the Rochester Boys and Girls Club happened as a basketball game let out around 11 pm on Aug. 19. (Photo: ABC “Action” News)

A woman has been arrested for her role in stealing a safe containing guns — one of which later used to kill three people — from a home in Rochester, New York, the Justice Department announced Oct. 26.

Tatiana Starling, 19, was arrested and charged with knowingly possessing stolen firearms, charges that carry a maximum of 10 years in prison and a $250,000 fine.

According to the criminal complaint, she was the getaway driver for two men, her boyfriend Johnny Blackshell and Ramel Robinson, who stole the gun safe in July. After it was emptied, she drove them to another location to dispose of it.

The stolen firearms included a Romanian WASR AK-47, a Hi-Point .40-caliber carbine and a New England Arms Pardner 12-gauge single-shot shotgun. However, authorities have only recovered two of the three guns. 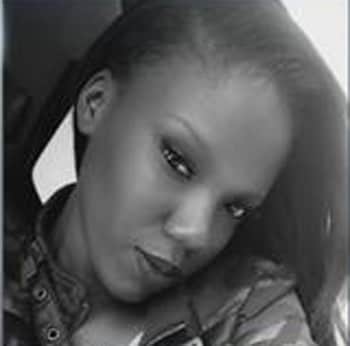 Social media pic of Tatiana Starling, 19, before she was arrested.

Officers found the shotgun when they responded to home on a report of “family trouble” on Aug. 1. Asking about a shotgun sitting on the front porch in plain sight, a man at the home, Joseph Lowry, told officers that the gun was his. Since it was loaded and children were around, he was arrested. However, he was released a short time later. Authorities took the gun, ran a check and traced the serial number back to its lawful owners.

On Aug. 19, Rochester police responded to a call of multiple shots fired at the Boys and Girls Club in Rochester, which resulted in three dead and four injured. After reviewing security video, investigators learned that the shooters opened fire from inside a black Suzuki. Bullets pulled from property and bodies were determined to be of the “high velocity” sort, which could only be fired from an “assault rifle,” the complaint states.

A few days later, on Aug. 24, a contractor found an AK-47 rifle stashed under the front porch of the property he was working on and called police. Authorities traced the gun’s serial number back to its lawful owners.

After the shooting, police identified Blackshell as a gunman and began surveying his whereabouts. They observed him drive his car, a black Saturn, to a mall in Victor, New York. As they watched him wait in the mall’s parking lot, police saw Starling and a man named Joshua Dowdell run outside of a Macy’s while carrying numerous pieces of loose clothing and jump into the Saturn.

Police pulled the car over a short time later, found that the clothes still had security sensors on them, and arrested the people inside — Starling, Blackshell, Dowdell, Lowry and Hakeem Cintron — for shoplifting.

At the police station, investigators were able to flesh out details of the burglary and subsequently the shooting. During the July burglary, Robinson flagged down Starling and Blackshell as they were driving a black Suzuki because he needed help moving the gun safe. Some time later, Robinson sold the shotgun to Lowry, sold the carbine to an unidentified person, and Blackshell took the AK-47.

Hours after the arrest, authorities obtained a warrant to search the black Suzuki, which was registered to Starling’s step-mother. Inside they found two spent 7.62 casings and ballistic’s tests matched others tested with the recovered AK-47.

Blackshell was charged on Oct. 8 for possessing a stolen firearm and the shooting at the Boys and Girls Club, but had already been in custody on other charges. A second man was also charged with the shooting.

Robinson, who is accused of stealing a gun safe from another Rochester home, was also charged for possession of stolen firearms.