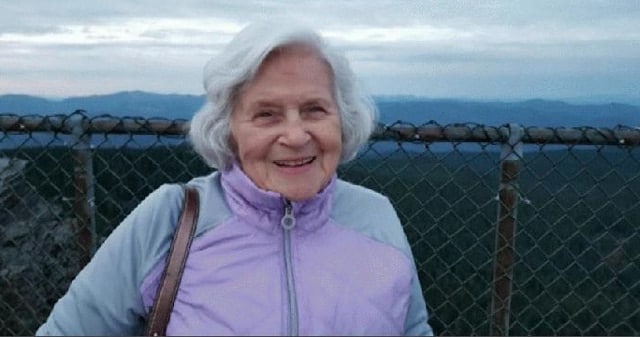 Because 90-year-old Harriette Charney sewed a tiny pocket on her bra – a place to stash a little cash in case her purse was ever stolen – TSA security at the Portland International Airport made her strip naked from the waist up Saturday morning.

Charney just finished visiting her son, Alan, for two weeks when she was pulled to the side at the airport on her way home.

“It was obvious they were going into a search,” said Alan, “But I presumed they were just going to sort of pat her down.”

But no, they did more than simply pat her down, and left Alan shocked by the TSA’s request for his elderly mother to take off her bra. The TSA, however, said it’s not an unusual request.

Still, Alan said the strip search was unnecessary and left his mother feeling more than uneasy, to which the TSA responded by saying “it appears the security system worked as it should.”

Alan noted,“There was no sanity or sensitivity at all to the work that they were doing.”