Study: Most murder-suicides involve a gun 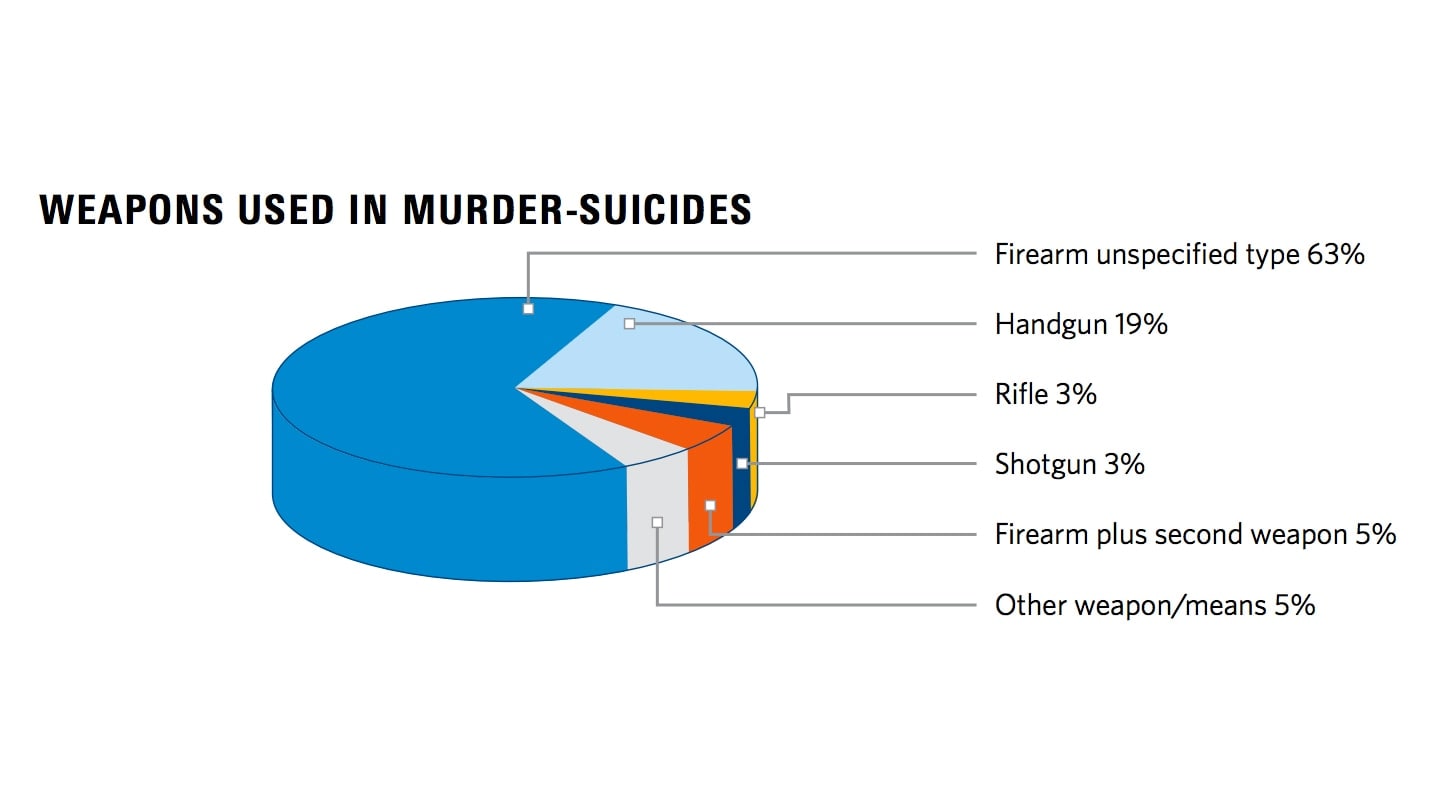 A national violence prevention group on Thursday called for added measures to keep domestic abusers from purchasing or possessing firearms and for the creation of a database tracking the country’s murder-suicides.

In a study conducted by the Violence Policy Center, the group estimated that more that 1,200 people died because of murder-suicides in 2014 – 93 percent of those were committed with a gun.

“Suicide is commonly misperceived as a single, desperate act. Yet murder-suicides claim the lives of spouses, intimate partners, and children – and almost always involve a gun. The findings in our study make it clear that murder-suicide is a domestic violence issue,” VPC Legislative Director Kristen Rand said in a statement.

Because no such information is maintained in a centralized database, the group relied on media reports in its data-collection efforts for the first six months of 2014.

The study, titled American Roulette: Murder-Suicide in the United States, found that during the six-month period there were 282 murder-suicides, resulting in 617 deaths. The group then doubled that number to get an estimated 1,234 deaths for last year.

The study also found that 72 percent of the incidents involved an intimate partner. Of those 203 incidents, 93 percent involved females being killed by their intimate partner and 94 percent were committed with a gun.

Out of the total 282 murder-suicides, 261 of the incidents, or 93 percent, involved a gun, according to the study.

Eighty-one percent of the murder-suicides were committed in the home, the study found.