New kid on the block wants to do it right 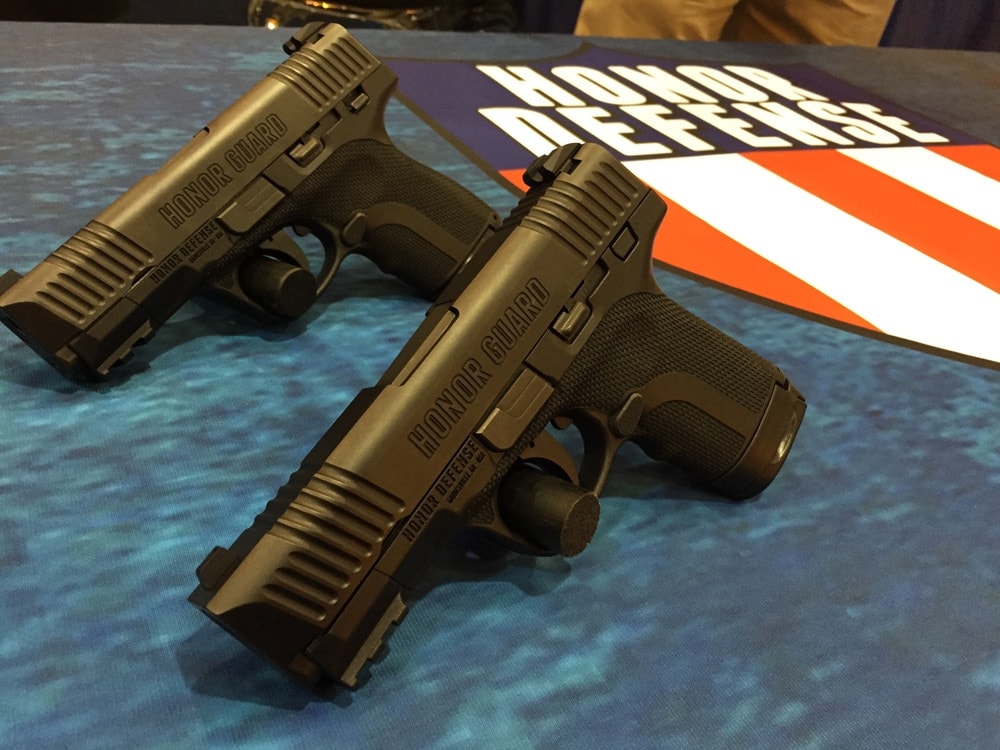 Every year during trade show season a new gun company surfaces and steals the show. Sometimes it’s because of a sensational new product or an innovative idea, but in the case of Honor Defense, they just seem to have their shit together.

Focusing on minutia and practicality rather than braggadocio, the five-man outfit out of Gainesville, Georgia, took a standard polymer pistol platform and refined it with high-end features. The introductory product, the Honor Guard, is a series of three 9mm sub-compact handguns.

“We’ve taken custom features that other gun company’s can’t afford to put into it like the serrations that go over the top, the snag-free sights, ambidextrous (controls) … things you typically find on $699, $799 higher prices guns, we built that into this,” the company’s president, Gary Ramey, told Guns.com at the National Association of Sporting Good Wholesalers show in New Orleans last week.

Ramey, who stressed that the Honor Guard retails for $449 to $490, credited the low price point to the company dedication to a singular product.

“We’re focused solely on polymer pistols, so we don’t have to have all the equipment, all the machinery and all the people to make ARs, make rifles, make revolvers and make other things that big, large industrial companies have,” he said.

The Honor Defense team, comprised of engineers who left companies like Beretta and Remington, started working on all aspects of the design roughly 24 months ago and they formally received a federal firearms license around August 2014. As for Ramey, he left a managing role at Heizer Defense, known for a modernized derringer, to create Honor Defense.

“We want to take our time and grow responsibly. Just make sure we’re doing everything right,” Ramey said about the future of the company.

He added, “We think we got a better product, good product differentiation, we’re very focused. We’ll start with 9mm and then expand in the other categories and sizes from here.”

The Honor Guard pistols, which are available with and without a manual safety, or with a unique Firearm with Integrated STandoff (or FIST) feature, should be in stores before the end of the year.