Gun shops in NJ would be mandated to carry smart gun 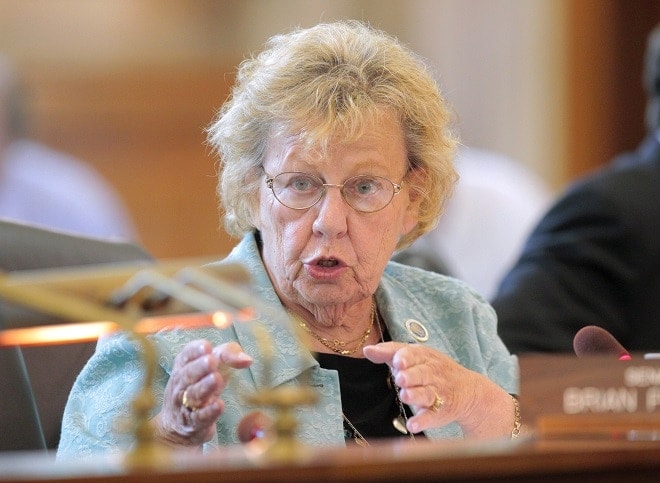 The author of New Jersey’s divisive smart gun law wants to revamp it to require dealers to carry at least one model of smart gun rather than sell them exclusively.

State Senate Majority Leader Loretta Weinberg crafted the state’s 2002 smart gun law but she is now leading the charge to recast it to help spur development of the technology. Under its current structure it would require that all guns sold in the Garden State be equipped with personalized safety capabilities within three years of the technology becoming practical.

However, with more than a decade’s worth of dust on the mandate and no smart gun to be found on a New Jersey gun store shelf, Weinberg now feels the law should be more of a carrot than a stick and is stifling innovation in the tech behind the devices.

Weinberg appeared on CBS’s 60 Minutes on Sunday night and announced she plans to repeal the current law and replace it with a demand that dealers display at least one smart gun in their stores. While she disclosed in June such a bill was in the works, she confirmed that it would be introduced to the legislature this Thursday.

While several designs have been explored, including Digital Grip Recognition prototypes by researchers at the New Jersey Institute of Technology over the past several years, only one smart gun has briefly come to store shelves in the nation.

Starting in 2013 German-based Armatix attempted to market its 22-caliber iP1 personalized handguns, which incorporate biometrics that will only allow the weapon to fire if the matched RFID technology companion wristwatch is within range of the gun itself, on the U.S. firearms market, but has yet to successfully sell a gun in the country.

This is largely due to a swift backlash on planned retailers in California and Maryland who attempted to carry the $1,800 rimfire pistol without success.

While it hasn’t been a commercial success, Armatix did see the New Jersey Attorney General’s office rule the iP1 does not meet the state’s personalized handgun law requirement following a lawsuit to trigger it brought about by gun control advocates who claimed it did.

“It is a very complex issue, so we move ahead so we can continue to have more of an investment in research and development,” Weinberg said Monday.

A self-described “feisty Jewish grandma” who has been in the legislature for over a quarter century, Weinberg, now 80, contends the smart gun issue has garnered more objections than any other she has dealt with.

Weinberg is seeking to have the smart gun mandate updated before the end of session in January 2016.