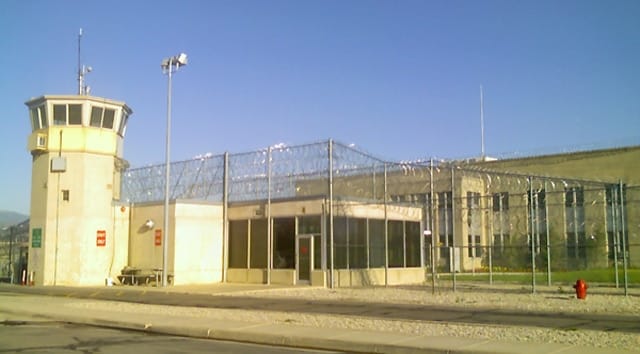 Some believe the barriers often faced by criminals once they attempt to reenter society as solid citizens sometimes land them back behind bars. (Photo: Wikipedia)

In a move aimed at breaking down the vicious cycle criminals often fall into following prison terms and reentry into society, President Obama proposed a number of measures Monday.

The proposals will essentially help to give some 600,000 inmates released from state and federal prisons annually a second chance to become solid, law-abiding members of society by eliminating the barriers they often face after release. The administration believes this is achieved, in part, through expanded opportunities for education and jobs, reducing or eliminating obstructions to employment, and by providing housing assistance.

The Department of Education has allotted up to $8 million to be dispersed into nine communities over the next three years, with the goal of providing educational opportunities to criminals, something which has been proven to reduce recurring incarceration rates. Additionally, as part of the TechHire initiative, more than 30 communities have stepped up and are working together, along with national companies, to help make tech training and jobs more readily available to those with a criminal history.

The president has also asked for Congress’ support in federal employment applications to “ban the box,” referring to a question typically present about prior criminal convictions, which oftentimes keeps an individual with such a history from progressing through the federal employment process. This is a step already taken by a number of state, city and private companies, and by eliminating such questions, all individuals applying for the position – including those with a criminal history – will have the opportunity to fairly compete for federal jobs.

The measures also include housing assistance initiatives for both adult and juvenile offenders. The Pay for Success Permanent Supportive Housing Demonstration program focuses on the cycle of offenders moving between incarceration and homelessness. The program aims to provide housing for the reentry population and thereby reduce homelessness and additional days spent in jail, which in turn, will save the criminal justice system money. Through the Juvenile Reentry Assistance Program, the Department of Housing and Urban Development will grant $1.75 million to eligible juvenile offenders for public housing opportunities.

“The Department of Justice is committed to giving justice-involved youth the tools they need to become productive members of society,” Attorney General Loretta Lynch said in a statement. “Providing meaningful support through housing opportunities, prevention programs and other critical services is vital to our ongoing efforts to reduce recidivism, promote public safety and foster positive results in communities across the country.”

Currently, there are approximately 55,000 offenders under the age of 21 serving time in juvenile facilities, and while youth with certain convictions – such as the manufacture of methamphetamine, sex offenses and domestic violence – will not be eligible for the program, it also prohibits public housing authorities from denying or terminating assistance or issuing evictions based solely on an individual’s criminal history.

“Life is about second chances,” said HUD Secretary Julián Castro. “These grants will allow public housing authorities to help these young people to reach their potential and begin to contribute to their own communities.”