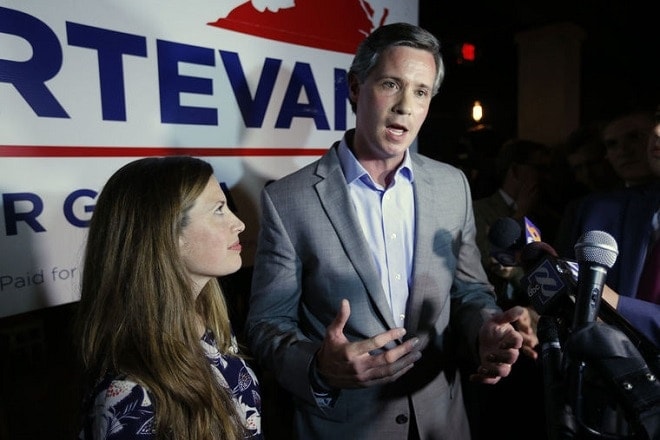 The gun control group in recent weeks pumped money into widespread ad buys in the Richmond and Manassas areas, backing Democratic candidates Daniel A. Gecker and Jeremy McPike who the organization labeled as being advocates for increased gun control measures. Both ads featured anti-violence advocate Andy Parker, whose daughter, WDBJ-TV reporter Alison Parker, was killed in the vicious on-air fatal shooting earlier this year along with her cameraman.

After the smoke cleared in Tuesday’s polls, NRA-endorsed Republican Glen H. Sturtevant Jr. picked up about 1,400 more votes than Gecker for the win of the 10th Senate District while fellow GOP candidate Harry J. “Hal” Parrish II lost to Everytown’s McPike in the 29th District. However, as McPike was campaigning to win the seat of outgoing Democratic Sen. Charles J. Colgan and Sturtevant garnered a traditional Republican seat, the party makeup of the senate remains unchanged.

This leaves Democratic Gov. Terry McAuliffe with both chambers of the state legislature in control of Republicans willing to torpedo his repeated push for stronger gun control efforts.

Although the group’s effort in the end did not alter the political climate in the state, Everytown celebrated the news of its victory in McPike’s race, though apparently pyrrhic, as a roadmap to take on candidates endorsed by gun rights groups.

“Gun safety prevailed on the NRA’s home turf because we made sure that every voter knew where the candidates stood on gun safety,” said Everytown President John Fienblatt, in a statement emailed to Guns.com. “We shined a light on Hal Parrish’s unpopular gun positions and that moved a race that began within the margin of error because of the strength of this issue. It’s just the latest example of how candidates are paying the price for being out of step with Americans who demand that their leaders take action to prevent gun violence.”

In related news, Parker, who has vowed to become the “John Walsh of gun control,” last week found himself at the center of a controversy over remarks made to pro-gun state Sen. William M. Stanley Jr., R-Franklin County, who represents Parker’s district. Stanley walked away with an easy 15-point victory over Democratic challenger Kim E. Adkins with 100 percent of the polls reporting Tuesday. 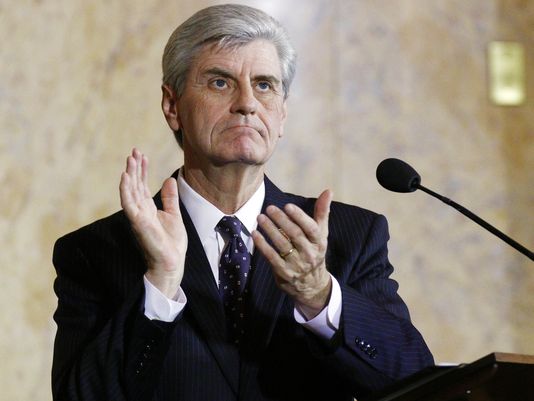 Mississippi Gov. Phil Bryant (R), who was running for a second term against Democrat Robert Gray, won handily Tuesday. Bryant, who has signed legislation to expand concealed carry rights, protect “green tip” ammo in the state from federal bans and other measures while promising to veto anti-gun bills, had the strong endorsement of the NRA.

Endorsed by the NRA, Bevin was candid on his views on gun rights in a debate with Conway last month.

“I should not be precluded from being able to concealed carry anywhere in this state, and we should not as a state or as a country have gun free zones that are target rich environments for people who are mentally unbalanced and sometimes very mentally together and very intentional in the evil they mean to perpetrate,” said Bevin. “We should not have it so easy for someone to walk into a school or a theater or where ever and know that nobody will challenge them. I do believe just as we made changes to the cockpits of our airliners, we should make changes to protect the most vulnerable, which is our young people and the schools they go to everyday.”

Washington voters approved initiative Measure No. 1401, banning the sale and possession of certain animal parts, by a 71-point landslide. Backed by billionaire investor Paul Allen the referendum was opposed by the NRA on grounds that an otherwise law-abiding gun owner could be criminalized if they sell a vintage item containing ivory inlays or grips.

Voters in Coos County, Oregon passed the “Second Amendment Preservation Measure” by more than 60 percent. This local law would prevent certain state and federal gun restrictions, such as requiring background checks on private gun transfers, from being enforced in the county. Gun control advocates contend the county wide law is unconstitutional.

In Texas, Proposition 6, a measure to establish a constitutional right to hunt and fish, passed with broad support, becoming the 19th state to establish such protections. 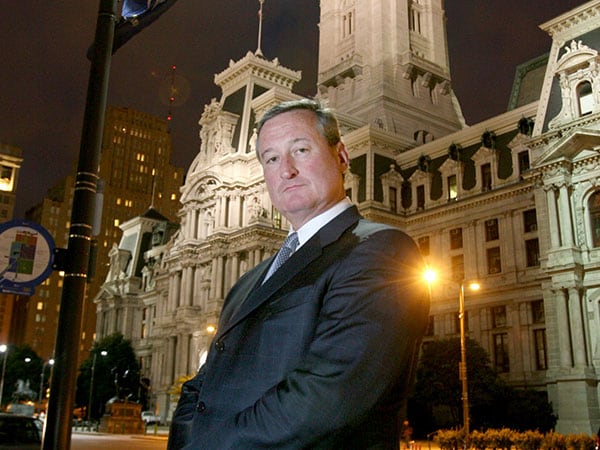 Finally, self-described “moderate-conservative” Democratic candidate Jim Kenney won his campaign for mayor of Philadelphia against Republican Melissa Murray Bailey in what was termed a “cakewalk.”

Kenney, who replaces Mayors Against Illegal Guns member and outspoken gun control advocate Michael Nutter, carried a .38 caliber revolver with him as a city councilman in the 1990s, saying, “I feel that in the event that the situation presented itself where it’s me or them, hopefully it would be them.”

However, he is something of a moving target when it comes to gun control, having first voted against a city-wide assault weapon’s ban in 1993 then voting for one in 2008.