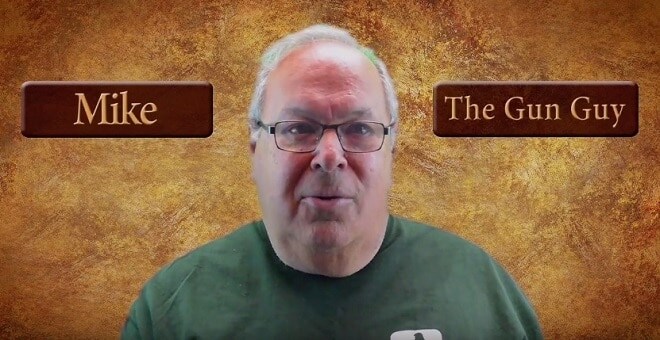 Mike “the Gun Guy” Weisser is a fan of comfortable t-shirts, but maybe not of google image search.

The Huffington Post’s Mike “the Gun Guy” Weisser slammed a recent National Rifle Association video over mixing up images of a black gunman with that of a gun violence victim, only NRA had it right and Huffpo did the mix up.

In a Nov. 2 article, Weisser was commenting on a video response from the NRA to President Obama’s address to thousands of assembled law enforcement officers at the International Association of Chiefs of Police at the group’s annual convention last week in Chicago.

In his piece, Weisser inaccurately alleged the NRA misidentified an individual in the video due to being in a rush, writing:

In the rush to get Wayne-o’s comments up there right after the President addressed the police chiefs, the folks who produce those insipid NRA videos might want to take another look. Because the picture of ‘Darius Brown’ is actually a picture of Jamal Streeter, one of three young men charged in the murder of a 13-year old teenager named Darius Brown. Oh well, if every young man of color is either a gang banger or a thug, how hard is it to get them all mixed up?

It’s not hard at all if you’ve decided that, everything else failing, you’ll fall back on the time-honored issues of race and crime in order to galvanize your political base and garner some votes.

But, in actuality, the picture was of De’Eris Brown, who murdered a 9-year-old girl, as originally claimed by NRA Executive Vice President Wayne LaPierre.

Huffpo corrected the article and deleted the “how hard is it to get them all mixed up” commentary all together, but its still up to read at his blog (hurry before it is deleted for posterity if you want to see it).

And NRA News commentator Colion Noir set the record straight in the below video (sponsored by Kimber).