Armed robber realizes he's not the only one with a gun 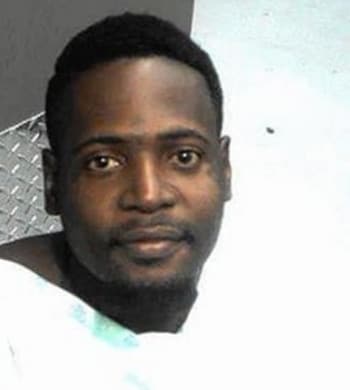 A recent attempted robbery outside of a Pine Hills, Florida, apartment complex landed one suspect in the hospital after he was shot by his intended target.

Just before 2 a.m., Tyrell Owens was returning home when he was approached by two men outside. One of the suspects pointed a gun at him and told him to “give it up,” before the other suspect realized he was not the only one with a gun.

An exchange of gunfire ensued, with Owens narrowly missing at least two bullets aimed in his direction. One of the suspects was not so lucky and left a trail of blood as they ran to a white Mercedes-Benz SUV in a nearby parking lot. The suspect also dropped a .40-caliber handgun and a cell phone along the way. According to the Orlando Sentinel, the injured suspect, who was later identified as 32-year-old Wilmar Jolteus, fell at least one time as he ran to the getaway vehicle.

Police then received a flood of 911 calls about the exchange of gunfire. Owens, who told police he remembered firing his gun at least five times, was uninjured, but a short time later, Jolteus was dropped off outside the emergency room of an Orlando hospital.

Jolteus, who was shot in the left leg and right buttock, told hospital personnel that he was shot by an armed robber while he was out near a nightclub, but when detectives showed up to question him, Jolteus pretended to be affected by the pain medication he was given, refusing to open his eyes and asking where he was. Both authorities and hospital personnel saw through the act, and Jolteus changed his tone when investigators brought out a gunshot residue test.

“That’s a GSR isn’t it,” Jolteus apparently asked authorities, according to the report. He then told the investigators, “Go ahead and do what you have to do.”

The test turned up positive, but Jolteus, who has 11 prior arrests that include drug and gun charges, told the investigators he got the residue on his hands while he was being robbed and that he grabbed the pistol as the robber shot him.

When authorities pulled out the cell phone that was dropped at the scene, complete with text messages addressed to Jolteus by name as well as multiple selfies, he finally dropped the act and admitted the phone belonged to him.

Jolteus is now in police custody and faces charges for first-degree attempted murder with a firearm and attempted robbery with a weapon.

Police records indicate Owens acted in self-defense when he feared for his life, and another resident at the apartment complex who witnessed the exchange corroborated his account of what transpired.

The second suspect, as well as the driver of the SUV, are still at large.