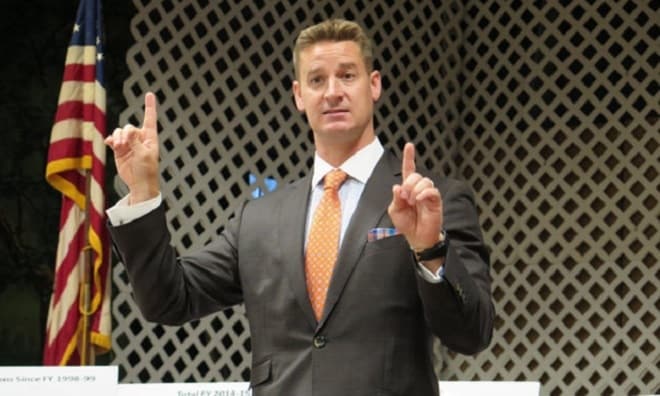 A House bill to allow those with concealed carry permits to bring their firearms on the state’s public college and university grounds passed an important vote Wednesday.

The bill, prefiled in August, passed the House Higher Education Subcommittee in a bipartisan 10-3 vote with only a trio of Democrats voting against the measure. The measure had already been greenlighted by the Criminal Justice Subcommittee in September by a 8-5 vote.

“Gun-free zones don’t stop criminals from walking on the campus and committing crimes,” said Rep. Greg Steube, R-Sarasota, the legislation’s sponsor. “It only stops law-abiding citizens from defending themselves and others.”

Steube’s proposal, HB 4001, would lift the controversial gun free zone that was the subject of much public debate in recent years.

Last session a measure backed by Steube made progress in the House but was sidelined in the Senate without a final vote after a barrage of ads funded by out of state gun control groups amid allegations of improper lobbying by campus police chiefs.

There were a number of opponents on hand Wednesday to address lawmakers.

“Guns in the hands of students and others with concealed-carry permits is not a rationale component of school safety,” Jennifer Proffitt, president of the United Faculty of Florida, a teacher lobby group, told the committee.

This brought rebuff from Rep. Michelle Rehwinkle Vasilinda, D-Tallahassee, a co-sponsor of HB 4001 who also teaches at a college, saying state campuses are, “not as safe and idyllic as we would like them to be.”

Gun rights advocates to include Rebekah Hargrove, president of Students for Concealed Carry at Florida State University, who sued FSU to allow guns in the parking lot of Seminoles football games, told lawmakers permit holders should be allowed to exercise their constitutional rights.

“This bill is about choice,” she said.

HB 4001 now heads to the Judiciary committee, which is the last stop before the House floor.