Police lobby group urges Obama to up support to ATF 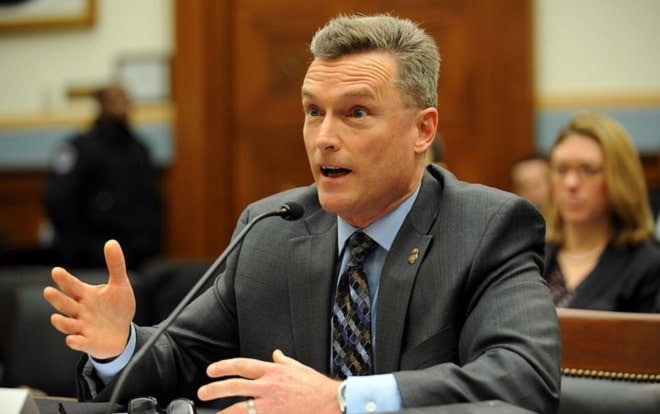 A coalition of police chiefs that has made repeated calls for gun control initiatives wrote the President on Wednesday seeking increased funds and a new director for the Bureau of Alcohol, Tobacco, Firearms and Explosives.

The National Law Enforcement Partnership to Prevent Gun Violence, composed of an alliance of various police chief lobbying groups, decried the fact the agency has been without a permanent director since March when B. Todd Jones resigned.

“Just as the White House could not function effectively without a President, no local, state, or federal law enforcement agency can do without leadership,” wrote the partnership’s chair, Baltimore County Police Chief Jim Johnson. “ATF’s hard working agents and staff are adversely impacted and the agency is forced to operate at a deficit when the position of ATF Director is left vacant and without a nominee — regardless of the talent, professionalism or commitment of those who serve in the organization.”

Since the post was established in 1970, the agency has seen a full dozen directors and acting directors. While long serving early holders of the post such as Rex D. Davidson and Stephen Higgins maintained their position for eight and eleven years respectively, since 2004 the assignment has been a revolving door with no less than seven directors in the past decade — of which Jones, who was confirmed in 2011, was the longest serving.

Johnson went on to recommend current acting director, Thomas Brandon, as a ready replacement, saying the group has the utmost respect and confidence in Brandon, a career ATF agent who has served as Deputy Director since 2011.

The partnership is formed from members of nine police leadership organizations including the Commission on Accreditation for Law Enforcement Agencies and the International Association of Chiefs of Police. The group’s statement of principles asserts it was formed “to address the pervasive nature of gun violence and its horrific impact on communities across America,” and they have made repeated calls for expanding background checks to include all gun sales, even those made between private parties.