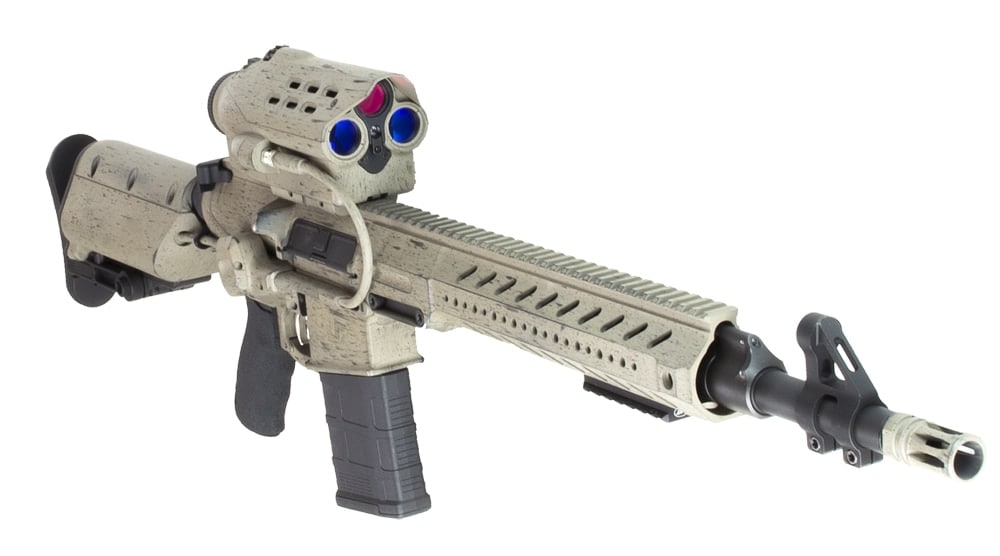 With the hope that its rifles will one day replace tired and true service weapons, tech-savvy gun maker TrackingPoint introduced “squad-level precision-firearms” Thursday and announced a giveaway to any U.S. agency willing to bring them to the middle east to fight the infamous Islamic State and Al Qaeda.

“It’s hard to sit back and watch what is happening over there. We want to do our part. Ten guns doesn’t sound like a lot but the dramatic leap in lethality is a great force multiplier. Those 10 guns will feel like 200 to the enemy,” said John McHale, the company’s chief executive officer.

The presumption has always been that TrackingPoint rifles would be ideal for military applications and the Army bought a handful of them for testing in February 2014, but there’s been little to no update on the story. Earlier this year, the company ran into financial difficulties and ceased orders for roughly four months. However, operations resumed in September.

TrackingPoint rifles, or “precision-guided firearms” as the company describes them, allows the user to tag a target with software in a scope and shoot that exact target when the trigger is fully depressed and sights re-aligned.

TrackingPoint said the M600 would ideally replace the M4A1 service rifle. It’s described as having an 87 percent “first-shot-success-probability” on targets “out to 600 yards” and “moving as fast as 15MPH.” The M600 retails for $9,995.

TrackingPoint said the “total time-to-kill” rate for both rifles is 2.5 seconds and they’ll ship on Dec. 5.