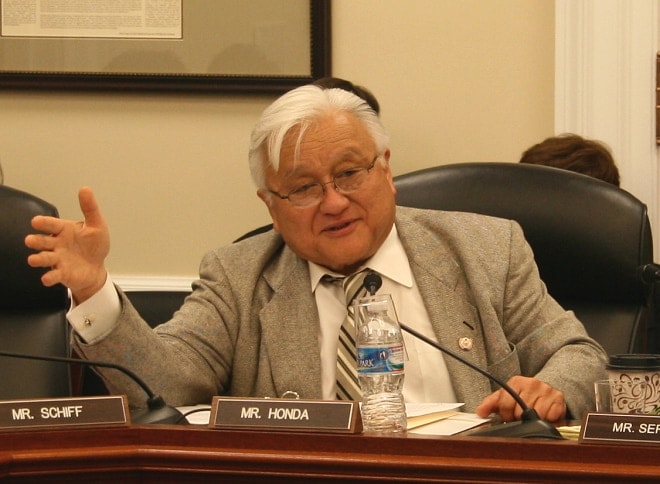 As part of a measure designed to expand government funded research into gun violence as a health care issue, a bill introduced this week would free physicians to ask patients about gun ownership.

The proposal is supported by 37 House Democrats and would explore the links between gun ownership and gun violence according to its author, U.S. Rep. Mike Honda, D-Calif., who represents the Silicon Valley area.

“In Silicon Valley, we recognize the power of research,” said Honda in a statement. “My Gun Violence Research Act seeks to bring this data-driven approach to the public sphere so that we may develop a more pointed strategy to understand and ultimately better address the public health crisis of gun violence.”

Honda’s bill, filed Wednesday as H.R.3926, states in its four-page text that it is not advocating for gun control while funding research by the Centers for Disease Control into the causes, treatment, diagnosis and injuries of those killed and injured through the use of firearms. As such, it also calls for an expansion of the National Violent Death Reporting System to accommodate such changes.

Federal research of gun violence as a health care issue had been largely defunded for 17 years until President Obama’s January 2013 executive order partially restored it. This order lead to the National Institutes of Health publicly requesting research projects on the topic for funding consideration.

The CDC peeked into gun violence as part of a White House by executive order following the mass shooting at Sandy Hook Elementary in Newtown, Connecticut, but its results were surprising to gun control advocates. The final study found that defensive gun use was common, while mass shootings were not. It was also discovered that when guns are used in self-defense the victims consistently have lower injury rates than those who are unarmed, even compared with those who used other forms of self-defense.

Nevertheless, Democrats in the House and Senate have repeatedly sought millions in funds for the CDC to study guns as a public health crisis, of which the current bill is the latest installment.

“It is my hope that by conducting research into the causes of gun violence, we can better identify warning signs, address any loopholes in oversight, and get people who are prone to gun violence the assistance they need,” said Honda “How many times must we bury our loved ones from senseless acts of gun violence before we pass commonsense legislation to understand the problem our society is facing?”

Another key component of Honda’s proposal would allow health care workers to ask patients about gun ownership, possession, use and storage of firearms in their home. Doctors could also speak to their patients about gun safety and be encouraged to report what they deem to be threats of violence to authorities.

This is an issue courts have weighed in on in recent years with Florida’s Firearm Owners’ Privacy Act, which limits such conversation under penalty of law, having been repeatedly upheld in federal court in a series of challenges by gun control groups and health care lobby organizations in the so-called Docs vs Glocks case.

This has not stopped medical and legal groups from urging for repeal of laws that protect patients from answering questions posed by healthcare workers on their gun ownership and accessibility.

Honda’s legislation has the support of gun control groups to include the Brady Campaign to Prevent Gun Violence and the Law Center to Prevent Gun Violence who applaud the congressman’s efforts to, “keep the gun lobby out of the exam room and protect the rights of doctors and patients to have an open and honest conversation about gun safety.”

The legislation has been referred to the Republican-controlled House Committee on Energy and Commerce.