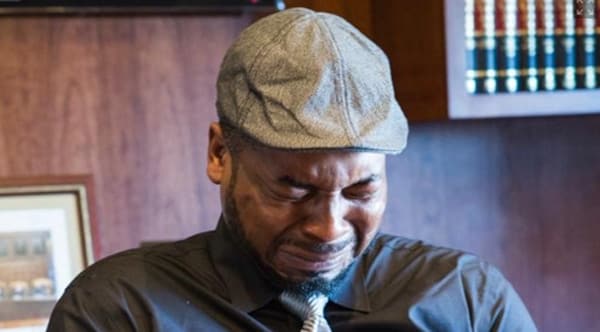 Postal Worker Karim Baker has been the target of harassment and a brutal beatdown delivered by NYPD cops, he said. (Photo: New York Daily News)

A man who unknowingly gave directions to a cop killer accused of gunning down two NYPD officers last December filed a notice of a claim in the Queens Supreme Court Tuesday, citing ongoing harassment and even a brutal beating by the boys in blue.

Karim Baker, a 26-year-old postal service employee, said he was approached by Ismaaiyl Brinsley, who asked him for directions to a local housing project – a brief conversation that Baker described as nothing at all unusual, “Just a guy asking for directions,” he said. Baker later learned Brinsley went to the area, which was about a mile away, and fatally shot NYPD Detectives Rafael Ramos and Wenjian Liu in a violent execution-style ambush as they sat in their patrol car in the Brooklyn neighborhood.

Baker said prior to that day he never before met Brinsley and had no way of knowing what he was about to do, but also said that innocuous meeting led Baker to nearly a year of harassment by the NYPD.

Baker claims he has been stopped by the police 20 times in the last year and although no citations have ever been issued, Baker said the last stop on Oct. 21 ended with an assault that left him bruised and bloody with a trip to a local hospital. Police say on that occasion, Baker was non-compliant, refused to show his ID, smelled like marijuana and “resisted arrest by flailing his arms and wrestling” with the officers.

In the end, Baker was charged with resisting arrest, criminal possession of a controlled substance, obstruction of law enforcement, and parking within 15 feet of a hydrant – all charges which he adamantly denies. 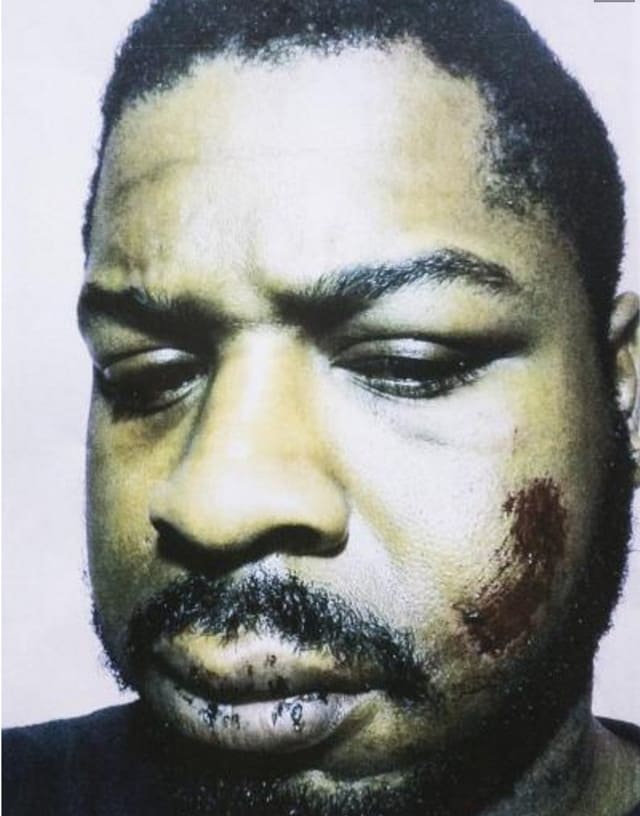 Karim Baker said his last encounter with officer ended with a trip to the hospital. (Photo: New York Daily News)

Officials with the NYPD confirmed with the New York Daily News that an investigation has been launched into Baker’s last encounter with officers, but also said the department does not keep records of any stops that are made if no citations or summonses are issued. Authorities also deny harassing Baker and noted they have no issue with him because he cooperated with them fully during the initial investigation following the officers’ deaths.

“Twenty times in a year is a lot of times to be pulled over and never issued a summons,” said Baker’s attorney, Eric Subin. “This is our strongly held theory. It’s too much of a bizarre coincidence not to hold water.”

“They pull him over, they’ll come up to his car, look at him, take his ID, go back to their car, give him his ID back, say ‘Get the hell out of here,’” Subin added. “Every single time.”

Baker, who is the son of a former corrections officer, said the constant harassment is unwarranted. 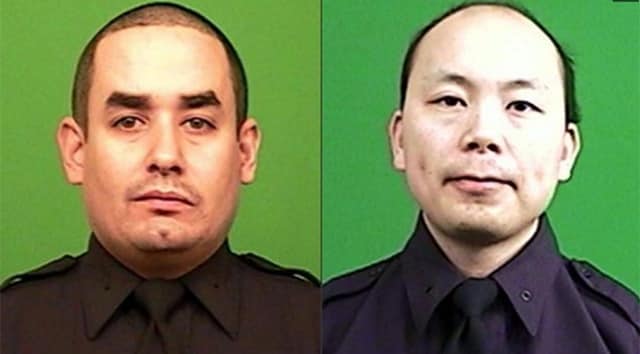 Rafael Ramos (left) and Wenjian Liu (right) were fatally shot, execution-style as they sat in their patrol car in a Brooklyn neighborhood last December. (Photo: NYPD)