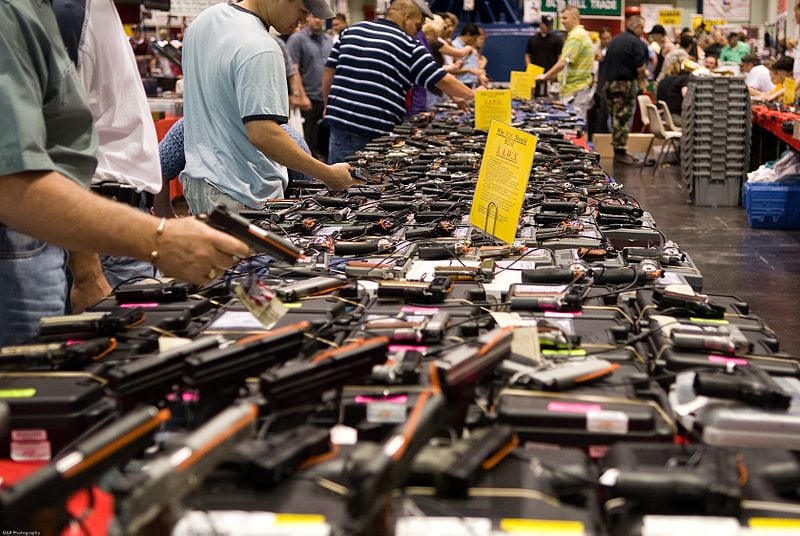 With the 2016 presidential election a year away, campaigns are heating up and guns are on the front burner.

When it comes to talk about regulations surrounding the topic, most Americans shy away from talk of controlling guns, a new Quinnipiac University poll found. 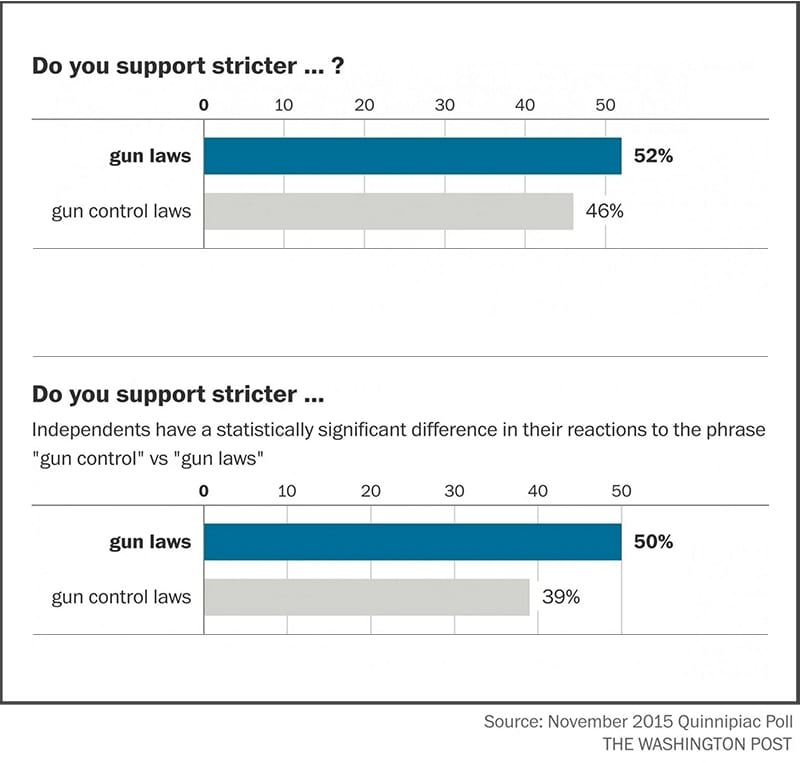 Voters were less likely to support “stricter gun control laws” than they were “stricter gun laws.” The Connecticut-based university took two groups of people and asked each one of the two questions.

“American voters just don’t like the term ‘gun control,’ but they believe overwhelmingly there should be background checks,” said Tim Malloy, assistant director of the Quinnipiac University Poll.

Fifty-nine percent of respondents believe new gun laws can be made without infringing on gun rights. Some 48 percent of Republicans disagree with that statement, while every other political, social and economic demographic said new gun laws wouldn’t interfere with gun rights.

Only 20 percent of voters said they’d vote for a presidential candidate if the person was endorsed by a gun rights group, 23 percent said less likely and 56 percent said it wouldn’t affect how they voted.

“And about the axiom that more people packing makes the country a safer place. Not the case, voters say by a small margin,” Malloy said.