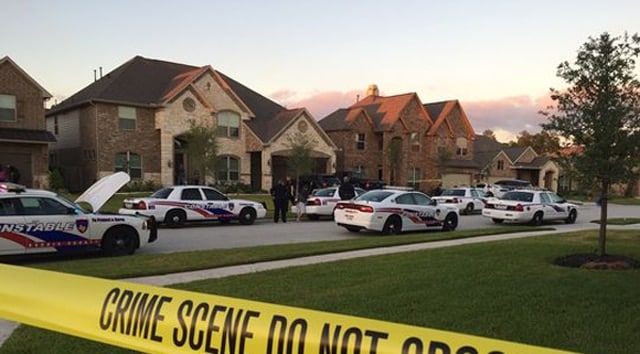 Roy Rivas, whose son went to school with the victim, said crime isn’t an issue in the area, and that’s the reason they chose to move there. (Photo: KHOU)

A grisly crime in a normally quiet Tomball, Texas, neighborhood left two young men dead – one brutally stabbed by the other before a neighbor intervened and fatally shot the knife-wielding attacker.

The Harris County Sheriff’s Office said 21-year-old Pedro Sanchez entered the home, which they believe was unlocked at the time, on Oct. 26, wearing latex gloves and carrying a baseball bat. In a chilling move that sounds like a scene straight out of the movie Psycho, Sanchez then walked upstairs and repeatedly stabbed 17-year-old Tyler Wade while the teen was in the bathroom taking a shower.

Wade’s terrified 12-year-old sister then ran next door to get help from her neighbor, an off-duty Houston firefighter, who retrieved a weapon and walked into the house to find Sanchez still upstairs. The neighbor instructed Sanchez multiple times to put down the knife, but he refused and when Sanchez lunged at the man, he fired a single shot, which killed the knife-wielding attacker.

Wade was pronounced dead on the scene. 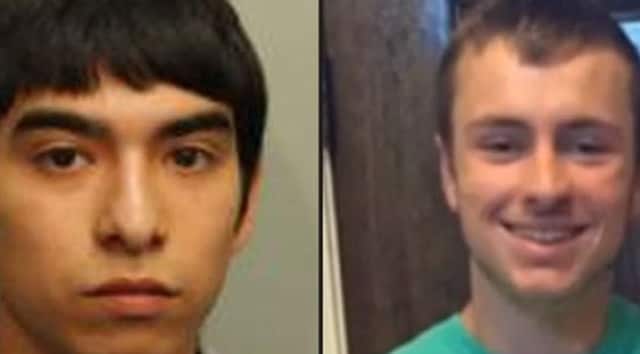 Pedro Sanchez (left) and Tyler Wade (right) were acquainted with one another, but a motive for the brutal stabbing has not been released. (Photo: KHOU)

Authorities confirmed Wade and Sanchez were acquainted with one another and the crime was not random, but have not yet indicated a possible motive. Wade’s family told KHOU that the shocking crime stemmed “over something silly,” but did not otherwise elaborate. Students from Wade’s high school also said there were many rumors floating around as to the motive, but nothing has been confirmed.

The teen, who has three additional siblings, was described by fellow students as a popular football player who was a well-liked, fun-loving guy that could put a smile on anyone’s face. The day after the murder, hundreds of students gathered at Tomball High School for a memorial honoring Wade. Maya Avila, who went to school with Wade, said the entire school is mourning together. Avila added they are trying not to focus on his death but rather on the life he lived.