Lawmakers jump back from proposed gun ban after outcry 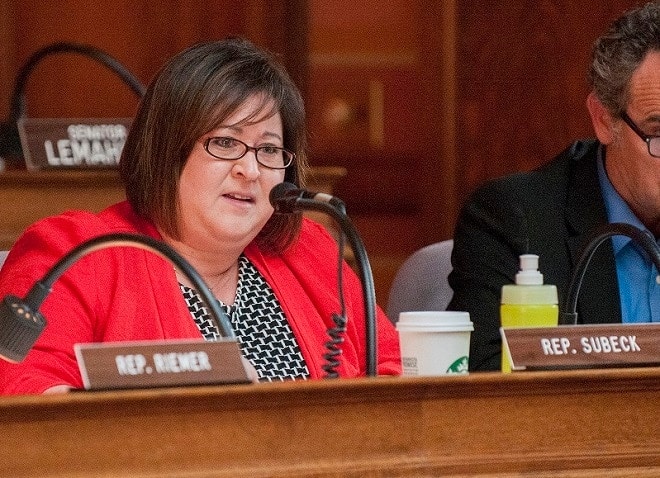 Madison Democrat Rep. Lisa Subeck has shelved plans for one of the most expansive bans of semi-auto firearms seen in the state, pending review. (Photo: legis.wisconsin.gov)

It took Wisconsin Assembly Democrats a week to withdraw a proposed ban on most semi-automatic weapons after a swift public backlash.

The measure, announced in a Nov. 4 press release and reported by various media outlets including Guns.com, aimed to prevent mass shootings through a draconian set of restrictions that would have made many firearms in common use in the Badger State illegal. Further, with no provision for grandfathering, could have led to an eventuality of having to turn in or destroy many privately owned guns.

However, by the afternoon of Nov. 9, after an avalanche of phone calls, condemnation from pro-gun Assembly members and a social media blitz that ended with legislation sponsor Madison Democratic Rep. Lisa Subeck deleting her Facebook page, the lawmakers backing the ban have withdrawn the measure pending more consideration.

“After receiving feedback from some of our colleagues regarding the circulation of a preliminary draft banning semiautomatic assault weapons, the other authors of the bill and I have determined that we will work with the Legislative Reference Bureau to make some revisions to the draft bill to address some concerns that have been raised,” Subeck wrote in an email to lawmakers citing concerns over impacting the “state’s sporting heritage.”

Indeed, Rep. David Craig, R-Racine, came out swinging against the ban which he argued would prohibit not only guns used for target shooting and self-defense, but also many of the most popular and effective rifles used to control ever-increasing feral pig populations in rural areas, potentially leading to a nightmare scenario for agricultural-based communities.

“Rather than trampling our citizens’ constitutional rights and our farmers’ ability to defend their crops and the environment with arbitrary rules based on the cosmetic characteristics of a firearm, I would urge my colleagues to take more seriously the all-to-frequent (sic) soft prosecution and sentencing of violent felons by liberal district attorneys and judges that continues to plague our state,” Craig said in a statement.

Subeck’s proposal, tentatively identified as LRB 3635, will be redrafted with input from the Legislative Reference Bureau and Legislative Council to help iron out any “unintended oversights” before its introduction. Even then, it will have to run past a gauntlet of Republicans in charge of both chambers of the legislature and the governor’s mansion to become law.