A new report from a national civil liberties non-profit released Tuesday found an increase in police seizing private property, in many cases from people who weren’t ever charged with a crime.

The study, “Policing for Profit,” which was conducted by the Institute for Justice, faults state and federal civil asset forfeiture laws for what the group calls a strong financial incentive to take a person’s property and boost that agency’s budget.

Police seize hundreds of millions of dollars in cash, cars homes and other assets each year and the federal government was the worst offender, receiving a D- for its forfeiture laws.

The Department of Justice seized $4.5 billion in 2014 and took $29 billion in just 14 years under its Assets Forfeiture Fund, established in 1984. 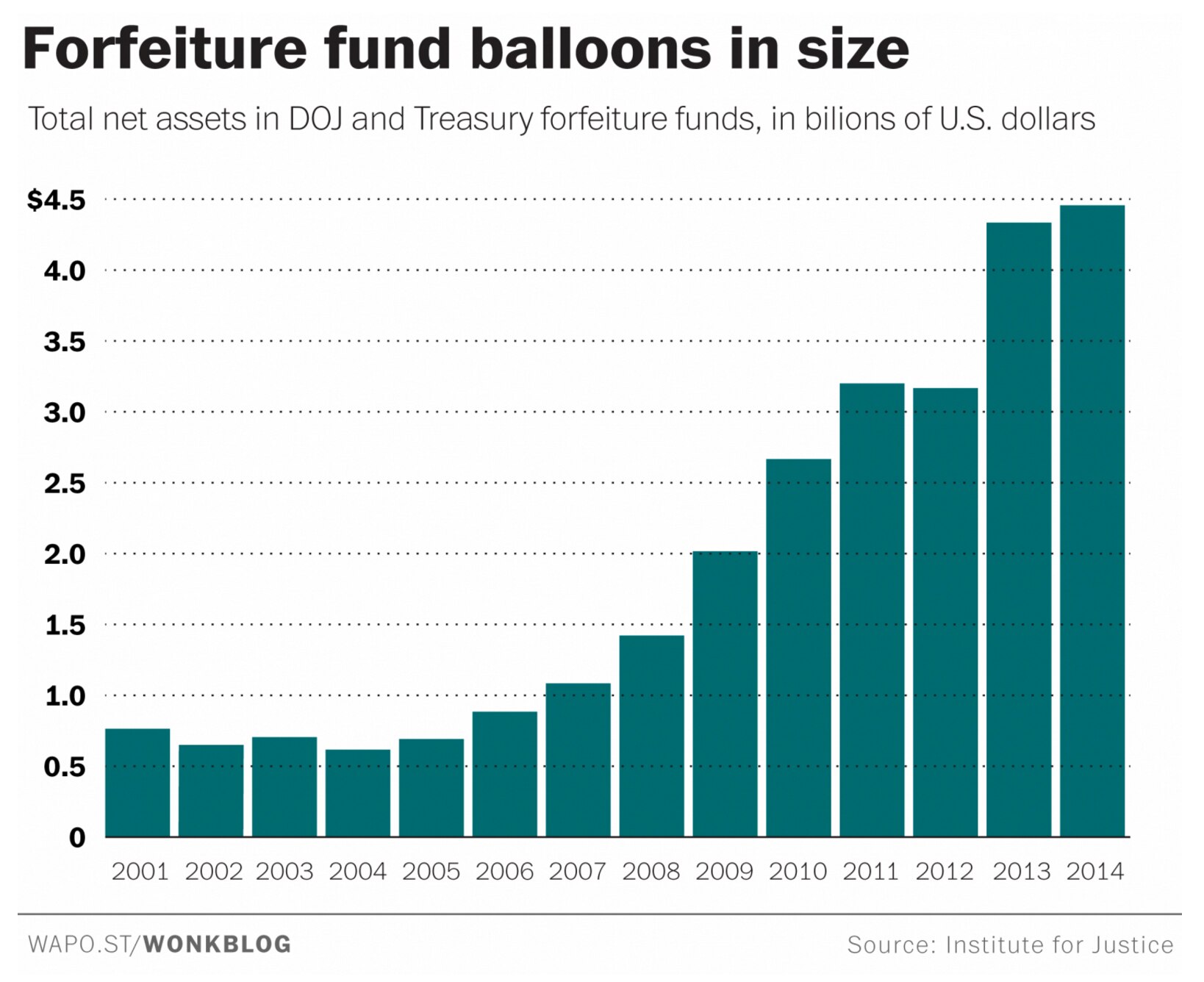 Over the years, there’s been a sharp upward trend in the total value of assets taken, which the DOJ attributes to big cases like Bernie Madoff’s $1.7 billion judgement and a $1.2 billion Toyota case, the Washington Post reported.

Report co-author Dick Carpenter told the Post that a possible reason for the rise in forfeitures was that the period between 2008 and 2014 accounted for some “lean economic years.”

“Forfeiture is an attractive way to keep revenue streams flowing when budgets are tight,“ Carpenter said.

Most cases of property seizure are conducted under civil forfeiture laws, which don’t require a criminal conviction like criminal forfeiture does. The latter accounted for only 13 percent of all DOJ forfeitures during that period.

To bypass forfeiture laws in their own states and get money they wouldn’t otherwise get, many local agencies use a legal tool called equitable sharing in which seized property is turned over to federal authorities in return for 80 percent of its worth, the study found. Federal equitable sharing has paid out more than $4.7 billion to state law enforcement agencies from 2000 to 2013.

Most states, 35, received a grade of D+ or worse from the study

New Mexico and Washington D.C. scored the highest, likely due to measures passed in 2015 ensuring seized property doesn’t go to law enforcement. New Mexico received an A- for its laws requiring a conviction before forfeiture, having stronger protections for innocent third-party property owners and holding that none of the proceeds in a seizure go to law enforcement agencies.