Crocodiles to guard inmates in Indonesia prison for drug convicts 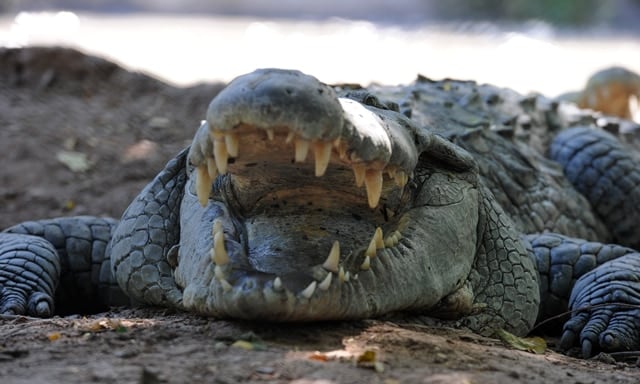 Facing a “national emergency” in a country with out of control drug-related crimes, officials in Indonesia are getting creative with keeping convicts in check – by using crocodiles as prison guards.

“We will place as many crocodiles as we can there,” Waseso said. “I will search for the most ferocious type of crocodile.”

Waseso explained that there’s no reasoning with the reptiles.

“You can’t bribe crocodiles. You can’t convince them to let inmates escape,” he pointed out.

And while the idea may seem a bit savage to some, it’s been mostly well-received in the country that already has some of the toughest anti-drug laws in the world, yet continues to be plagued by narcotics and the crime that follows with such activities. Currently, drug traffickers convicted in Indonesia are put to death by firing squad.

The prison is still in the early planning stages, with neither the location nor the potential opening date decided.