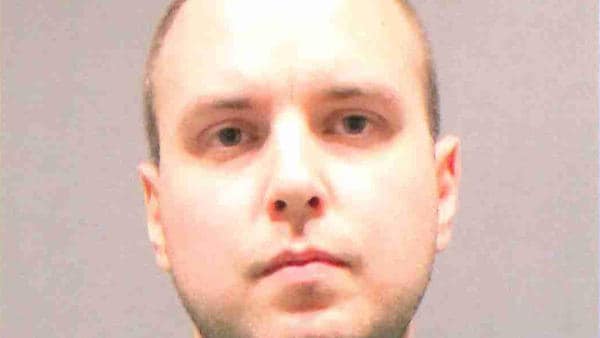 Matthew Mills, 32, is a truther about Sandy Hook, 9/11 and probably whatever.

After the Victoria Soto Charity Run on Nov. 7, Matthew Mills approached the family members and told them the shooting was staged and part of a conspiracy, police said.

Police said he tried to run when they approached him. He was detained and charged with breach of peace and interfering with a police officer.

He was released after posting a $10,000 bond and is scheduled to appear in Bridgeport Superior Court on the charges Nov. 17.

In 2014, Mills was also arrested for interrupting a press conference after the Super Bowl to spread his truthiness about 9/11.

Victoria Soto was one of six educators and 20 first-graders murdered by a gunman during a mass shooting at Sandy Hook Elementary School in Newtown, Connecticut, on Dec. 14, 2012.

Soto, who was teaching her first-grade class at the time of the shooting, was shot after she threw herself in front of her students. She was posthumously awarded the Presidential Citizens Medal in 2013.