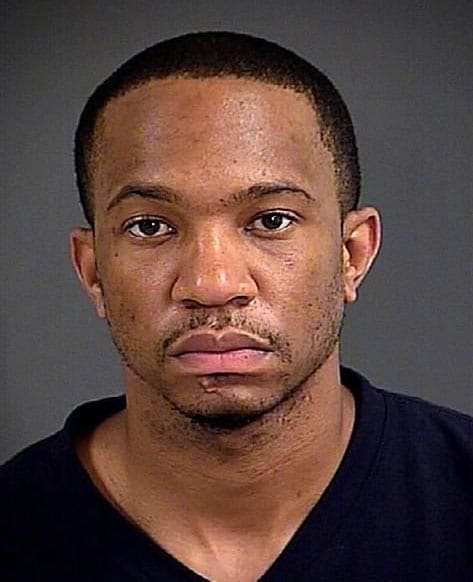 Lamar Anthwan Brown died after being dumped outside of the emergency room. (Photo: The Post and Courier)

Two convicted felons intent on breaking into a Ladson, South Carolina, home Tuesday afternoon were met with surprise when they came face to face with 13-year-old armed with a gun.

According to reports from The Post and Courier, the young boy, who is not being identified, was home alone when he grew suspicious of a car that pulled up outside around 1:30 p.m. Moments later, the two suspects went to the back of the house and attempted to break in, at such time, the boy, fearing for his safety, grabbed his mother’s handgun.

As the suspects tried to make their way into the house, the boy opened fire, but the suspects reacted by returning fire before fleeing from the scene. The boy chased the suspects out of the home and continued to fire as they fled in their vehicle. The boy, who was uninjured, then called his mother, who instructed him to call the police.

Investigators combed the area around the boy’s home and discovered a Colt .45 pistol, which was believed to belong to the suspects.

A short time later, one of the suspects, who was later identified as Lamar Anthwan Brown, 31, was dropped off outside the emergency room of a nearby hospital. Brown, who was shot three times, died at the medical facility. The second suspect, Ira Bennett, 28, later turned himself in to authorities. He was charged with first-degree burglary and possession of a weapon during the commission of a violent crime. Ira Bennett dropped his partner in crime off at the hospital, but later turned himself in to authorities. (Photo: The Post and Courier)

But apparently the two men were no strangers to crime, with both having an extensive criminal history. Brown was convicted six times on felony drug charges, in addition to unlawful carrying of a weapon, disorderly conduct and trespassing. Bennett was previously convicted of assault with intent to kill, pointing a firearm at a person and third-degree burglary, in addition to drug convictions that included possession of a controlled substance, manufacturing and distributing a controlled substance and possession of marijuana.

The boy’s mother, who is just thankful her son is safe, said she kept the gun in the home for personal protection, but she never taught her son how to use it.

“I tell my kids that if anything ever happens to call 911, but I also tell them to protect themselves if they have to,” the mother said. “I never would have dreamed that this would have been a part of our day today.”

The boy, who homeschools and is typically home with another family member during the day, did not wish to talk with reporters, but according to neighbor Debbie Griffin, who witnessed part of the attempted burglary, the boy wished the shooting never would have occurred.