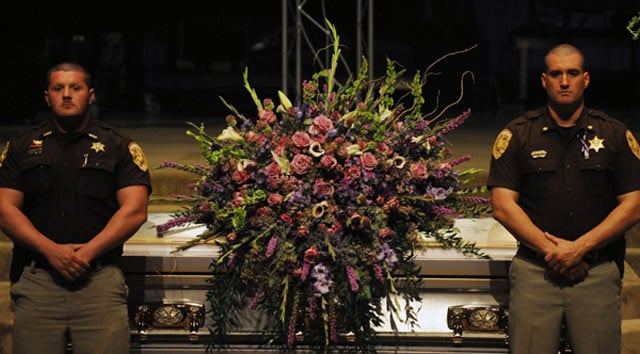 Officers standing watch over 13-year-old Melah Deen’s casket, just as they did with her father less than six months prior.

Less than six months after her father, Hattiesburg Police Officer Benjamin J. Deen, was killed in the line of duty, 13-year-old Melah Deen died, and as she awaited her final resting place Tuesday night, deputies out of Lamar County took turns standing over her casket.

“We wanted to be be by her side, because her daddy was not able, and it is our job now to keep up that watch over her, and his family,” one unnamed deputy said.

Another deputy, who did not want to be named, explained, “We are all a part of the thin blue line family, and this is near and dear to our heart, and by no means would we let BJ’s daughter go through the night alone. Her dad would have been here by her side, and we are here to take his watch.”

Benjamin Deen and his partner were killed during a traffic stop on May 9, 2015. Melah Deen, whose family said died of complications from an illness, died over the weekend. The father and daughter were buried beside one another. 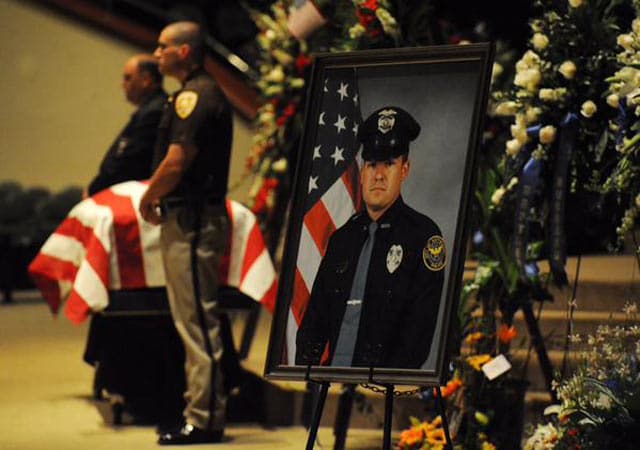 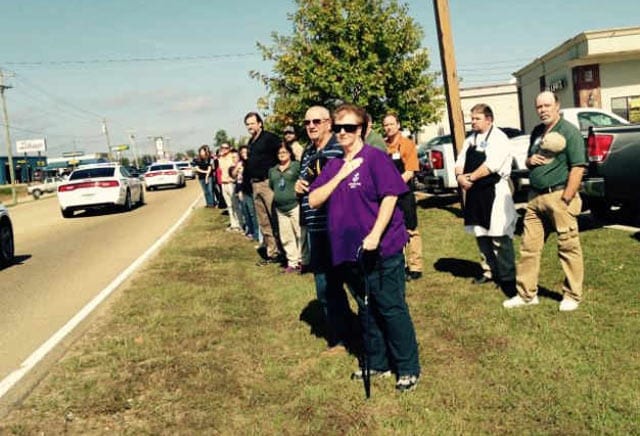 Residents show their support for the Deen family.