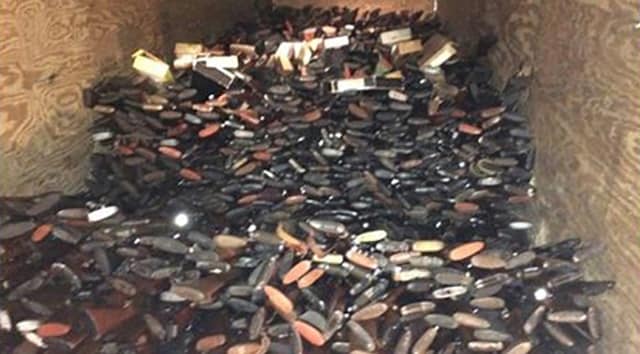 Authorities said there was no indication Brent Nicholson was selling the stolen goods, he simply bought them, then stored them. (Photo: WSOC TV)

A detention center administrator out of Chesterfield County, South Carolina, sent a letter to the attorney general alleging that the sheriff used inmates to help remove stolen firearms from a Pageland home where a massive gun bust occurred last month, and while the sheriff admitted to using the inmates, he defended his decision to do so and said they never touched any of the guns.

While serving a subpoena on an unrelated incident, authorities discovered Brent Nicholson had a cache of stolen weapons, ammunition, expensive taxidermy items and an assortment of tools and other equipment, most of which was believed to be stolen. Investigators initially estimated the collection to contain between 7,000 and 10,000 firearms, enough to fill several tractor trailers, but the current count, according to WSOC TV, stands at just over half of that.

Nicholson, who authorities believe was not selling the stolen goods, simply collecting them, was arrested, and authorities in the small town were left with the painstaking task of removing all of the items from home – which some said looked like an episode of “Hoarders” – as well as from a large storage building on his property and a business Nicholson shared with his parents. But the way Chesterfield County Sheriff Jay Brooks went about recruiting help for the task has some raising their eyebrows and others complaining to outside authorities. 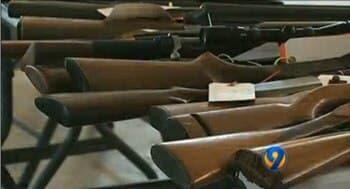 Each item removed from the home had to be individually cataloged, a task which took time and manpower. (Photo: WSOC TV)

Dozens of county, state and federal officers were working to clear Nicholson’s home, and according to Brooks, some of the officers were already working several shifts straight through in an attempt to confiscate and catalog the massive collection of stolen goods, which he knew would take a tremendous amount of time.

“We only have 65 people who work for this department. We had to have help,” Brooks explained, defending his decision to take advantage of the inmate work program.

Brooks brought in six inmates from the detention center and put them to work, helping to load the seized items into tractor trailers, but Brooks claims they never loaded any guns and were instead used to carry items like barbed wire and hunting supplies, along with ammunition. In fact, the inmates were not even brought to the site until authorities were confident all of the guns had already been found, authorities said.

Brooks explained that not only were the inmates under close, strict supervision by more than two dozen law enforcement agents, but he discussed using the inmates with several officials, including the Attorney General, before moving forward with the plan. According to Brooks, the Attorney General said that while it may not have been the best practice to use the inmates for such an operation, nobody had a standard operating procedure on what to do when you have a 65-man department and a 200-man job to do. The Attorney General’s office is now reviewing the complaint sent by Detention Center Administrator Sheila Gillespie, but no investigation has been launched at this time.

Still, opinions are split on whether Brooks did anything wrong by recruiting the inmates for labor help.

“Guns are dangerous,” said area resident James Jordan. “There’s always a chance somebody could cart one of them off without anybody knowing about it.” 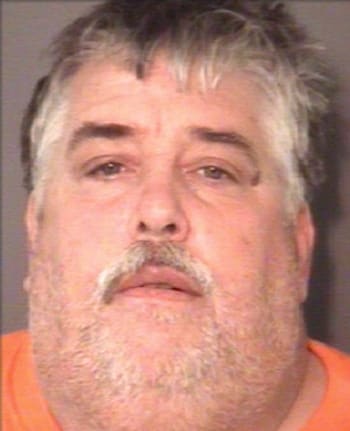 Brent Nicholson was arrested, charged with possession of stolen property and being held without bond. (Photo: WSOC TV)

Brooks, however, confirmed the inmates were searched both on their way to the work site and again before returning to the prison farm. But another resident, Julia Freeman, said she doesn’t see anything wrong with it.

“I’m sure they had plenty of law enforcement around watching, so I feel like it would probably be safe enough,” Freeman said.

Regardless, Brooks, who indicated he does not understand why Gillespie sent the letter, confirmed he will be changing the department’s policy and “will never ask them for help again.”

Meanwhile, Brent Nicholson remains in jail and was denied bond. His wife, Sharon Nicholson, was also arrested last week and charged with possession of stolen goods, but has since posted bail.

Brooks said the stolen property taken from Nicholson’s home with be returned to its rightful owners, but it is a process that will take some time.