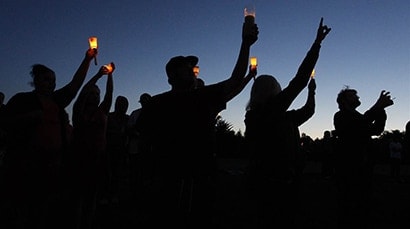 There were fewer mass shootings in states with more complete background check measures over the past several years, a national gun control group announced on Thursday.

“This is just the latest piece of evidence that Americans are safer from gun violence in states where a handgun buyer must pass a criminal background check before buying the firearm,” said Everytown Research Director Ted Alcorn.  “We already know that closing the loophole that allows guns to be sold without background checks online and at gun shows is an essential component to reducing gun violence.  In addition to seeing fewer mass shootings, the states that have closed this loophole see 46 percent fewer women shot and killed by intimate partners and 48 percent fewer law enforcement officers killed with handguns.”

As the gun control group did last month, Everytown is expected to announce a list of executive orders for President Obama to enact Thursday afternoon.