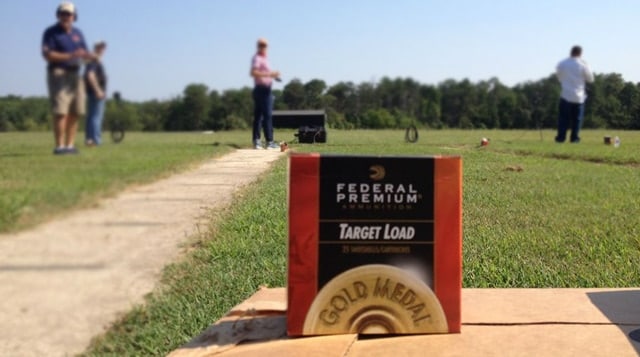 Federal Premium ammunition is one of the many companies owned by Vista Outdoor. (Photo: Vista)

Vista’s management said the company’s shooting segment — Savage Arms and ammo companies Federal Premium and CCI — was the driver in sales despite a stabilizing market.

Gun and ammo sales accounted for roughly two-thirds of the Utah-based company’s quarterly sales, which were up 5 percent, according to filings with the Securities and Exchange Commission. Gross profit in Vista’s shooting sports segment was $92 million, up 16 percent from $79 million from last year.

When asked about sequential growth in revenue for ammo sales, Mark DeYoung, Vista’s chairman and chief executive officer, said the company is off 1 percent for year-over-year results.

“Sequentially in ammunition, we’re pretty much flat. It was couple million dollars … difference between the quarter,” he said. “So it was relatively flat. Rimfire was strong. Promotional shot shell was in demand. Centerfire was a little softer and slightly down.”

He said performance was affected by warm weather during hunting season and a “lackluster” performance by retailers across the country.

The gun and ammo conglomerate’s posted revenue of $551.4 million beat forecasts by Wall Street analysts, Zack’s Investment Research, by roughly $30 million. Following the report, Zack’s changed Vista’s ranking, which was downgraded just days before the conference, back to “hold.”

Also, following the conference call, the company’s stock price jumped by $1.89, but fell by more than $3 when trading resumed Friday.

In August, Vista reported $332 million in first-quarter sales for shooting goods, which was down 14 percent form last year but up 6 percent sequentially.