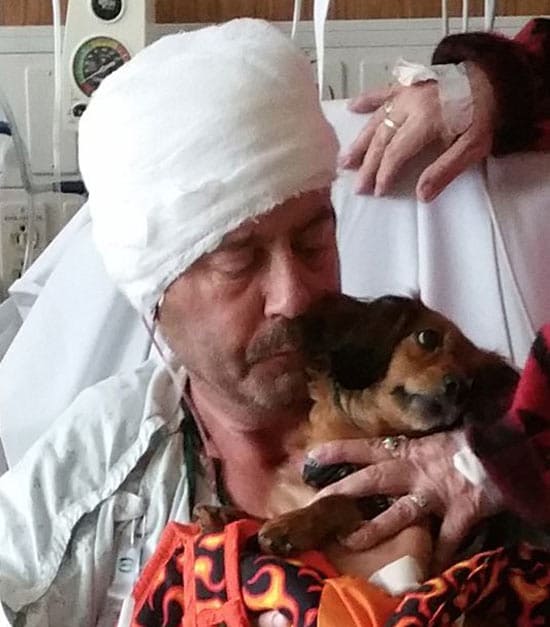 Miller already had prior injuries he received after being hit by a drunk driver. (Photo: Jodie La Rose / Detroit Free Press)

What started out as a dispute over fallen leaves in a Macomb Township, Michigan, trailer park last week, quickly escalated to violent proportions, but when Bonnie La Rose saw her long-time boyfriend being brutally beaten by his neighbor, she grabbed her gun in order to save his life.

On Nov. 5, Steve Miller began using a leaf blower to clean up the leaves surrounding his mobile home, when his neighbor, Jerry Thomas Ficht, became upset that the leaves were being blown onto his property, which is only separated from Miller’s by a sidewalk and a driveway.

Ficht, who was highly intoxicated at the time, started screaming at Miller about the leaves on his driveway, but while Miller had not yet completed his lawn maintenance and had no intention of leaving the leaves on Ficht’s side of the driveway, the drunken man never gave his neighbor a chance to explain.

According to the Detroit Free Press, Ficht walked up to Miller and started punching him in the face until he fell to the ground. Ficht then continued to brutally beat Miller in the head until La Rose realized what was happening and retrieved a .38 revolver.

La Rose was able to separate the two men and then straddled Miller as he lie on the ground bleeding. She said she took a stance, got ready to shoot and three times told Ficht, who was standing about five feet away, if came any closer she would shoot – and kill – him. Ficht did not come any closer, but instead opted to go back inside his home. 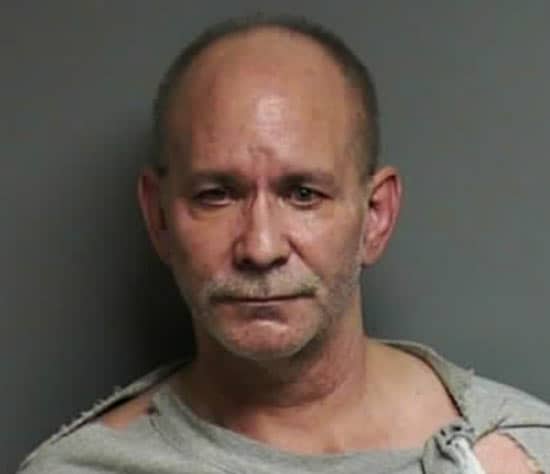 Jerry Thomas Ficht does not like leaves on his driveway. (Photo: Macomb County Sheriff’s Office)

When officers arrived on the scene, they found Miller lying in the grass, bleeding from his ear. He was rushed to a local hospital where it was determined he suffered severe head trauma, including a skull fracture and arterial bleed.

La Rose said Miller’s brain was pushed to one side of his head, he underwent a four-hour surgery and received 23 staples in his head. She also said he is still having a hard time hearing, hasn’t started rehabilitation and his prognosis at this time is unknown.

Ficht was arrested and charged with assault with intent to commit great bodily harm less than murder, a felony with up to 10 years in prison. He is being held on a $10,000 bond.

La Rose said they never had problems with Ficht in the past and generally try to just leave him alone.