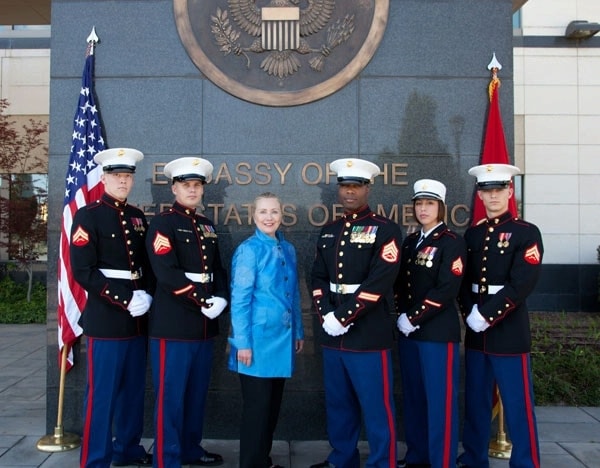 As criticism against Ben Carson for claiming he was offered a scholarship to West Point fades, Republicans have refocused the question of Hillary Clinton’s military service — or desire to join the Marines.

The narrative popped up at a campaign breakfast (though no one seems to be eating their food) in New Hampshire where Clinton discussed her attempt visiting a recruitment station.

“G.I. Hillary?” the Republican National Committee wrote in an email to The New York Times that suggested she had a pattern of fudging her biography. “Clinton’s claim that she tried to join the Marines doesn’t add up.”

On Thursday, Sen. John McCain, who was the Republican presidential nominee in 2008, suggested that Mrs. Clinton might have misremembered trying to join the Marines.

“Hillary in the Marine Corps? Well, she did come under sniper fire in #Bosnia, right?” he wrote on Twitter.