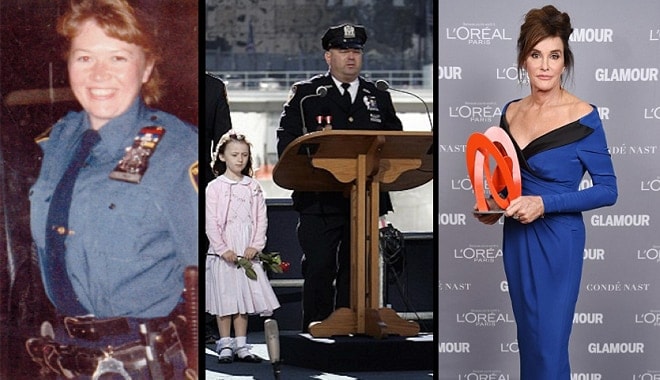 “Was there no woman in America, or the rest of the world, more deserving than this man?” Jeff Smith asked. (Photo: LEO Affairs)

When the husband of a female officer who was killed on Sept. 11th found out Glamour named Caitlyn Jenner their Woman of the Year, he dropped his wife’s own award in the mail.

Moira Smith, a New York Police Department officer, was killed at age 38 inside the South Tower of the World Trade Center and was posthumously presented the award by Glamour magazine in 2001. Smith was the only female NYPD officer to die on 9/11 and a scholarship fund to help college age women receive an education has been established by her friends and family to keep her memory alive.

However, when her husband Jeff, also a NYPD officer, found out the same award had been given to Caitlyn Jenner, formerly Olympian Bruce Jenner, he was livid and mailed his wife’s honor back to the publication.

“Was there no woman in America, or the rest of the world, more deserving than this man?” Smith asked. “At a time when we have women in the armed forces fighting and dying for our country, heroic doctors fighting deadly diseases, women police and firefighters putting their lives on the line for total strangers, brave women overcoming life threatening diseases . . . the list of possibilities goes on . . . is this the best you could do?”

The magazine stands by their decision to honor both Moira Smith in 2001 and Jenner this year, saying, “Glamour’s Women of the Year Awards recognize women with a variety of backgrounds and experiences.”