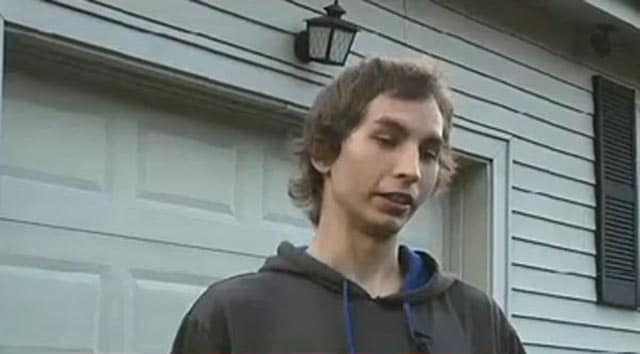 Andrew Buckland said the burglars took their sense of security, which is priceless. (Photo: WRCB)

A Chattanooga homeowner who recently purchased a handgun said it was money well spent when his home was targeted for a break-in by a group of violent burglars early Thursday morning.

Andrew Buckland told a local NBC affiliate he awakened to two burglars inside his home – one armed with a tire iron, the other armed with a can of mace. Buckland said the duo was demanding money from him and while the one suspect sprayed him with mace, he told the second suspect to hit Buckland with the tire iron because he wasn’t complying with the commands for cash. But before he was hit, Buckland reached for his pistol and racked the slide.

“The sound was enough to scare them off,” Buckland said.

Buckland, who had just purchased the gun mere days prior to the break-in, said he didn’t want to hurt anybody, he just wanted them to leave him alone. The suspects left, and although they didn’t take anything from the home, Buckland said they robbed him and his family of their sense of security.

“My daughter has a birthday coming up. We’re just trying to have nice holidays and get stuff for our family and then this happened,” Buckland said. “It just kind of puts a damper on everything.” 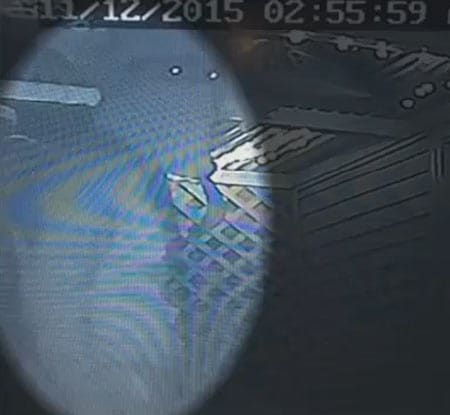 It wasn’t until after seeing the surveillance video that Buckland realized there were two more suspects involved. (Photo: WRCB)

After the incident, the young father discovered a hidden surveillance camera on his back patio captured images of the suspects. And not only that, he found there were actually four suspects, not just the two he found in his home. Buckland said the four of them could be seen on the video, standing in the back yard, “kind of huddled together.” Moments later, one suspect wrapped the crowbar in his shirt to shatter the glass and gain entry into the home with the second suspect, while the remaining two suspects walked away, Buckland assumed to go hit another house.

All four suspects are described as white males in their late teens. Two were wearing hoodies, one was wearing all white and another was wearing all black. All of their faces were covered, and they are said to stand around 6-feet tall. Anyone with information on the suspects or the crime is asked to contact the Chattanooga Police Department at 423-698-2525.