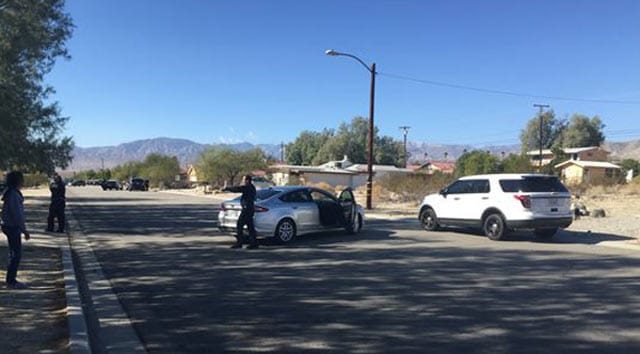 Authorities in Riverside County, California, surrounded a Desert Hot Springs home believing that two wanted suspects were inside, but it wasn’t until after more than 12 hours that they realized the home they surrounded was empty.

When officers arrived at the home just before 11 a.m., they thought a suspect, who was wanted for an assault with a deadly weapon and considered armed and dangerous, had barricaded himself inside. After surrounding the home, officers then received additional information that a second suspect, who was wanted in connection with a shooting last week, was also inside the home. At that point, additional units were called in, including the SWAT team.

It’s unknown where authorities obtained the information used to initiate the standoff, but the incident remains under investigation.