Man uses bananas to help make out in Walmart heist 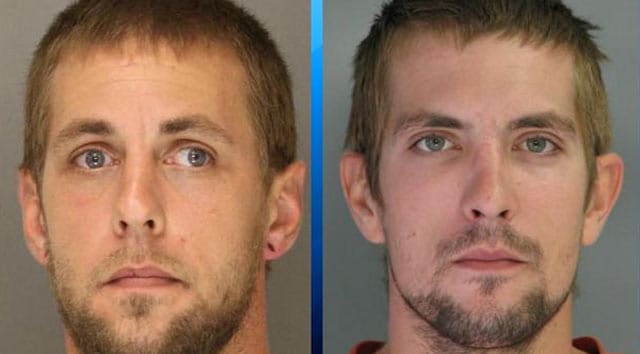 Two brothers made it a family affair to steal from a Pennsylvania Walmart, but one got a little creative with his getaway plans Sunday, using a bunch of bananas to deter a security guard as he walked off with several hundred dollars worth of electronics.

Police say Michael Rehrig, 32, was confronted by a security guard around 1:30 p.m as he attempted to steal a television and vacuum cleaner worth more than $500. But instead of standing down, Rehrig, hurled several bananas at the security guard and fled from the scene with the merchandise.

Authorities later found Rehig nearby and arrested him. He was charged with three counts of retail theft and two counts of criminal conspiracy after it was determined that he was also involved in two thefts at the same store a day prior.

The day after Rehig’s arrest, authorities also arrested his 29-year-old brother, Troy, who was wanted on an outstanding felony retail theft warrant. Apparently Troy also stole a television from that same Walmart late last month, although no bananas – or any other type of produce – was said to be used.