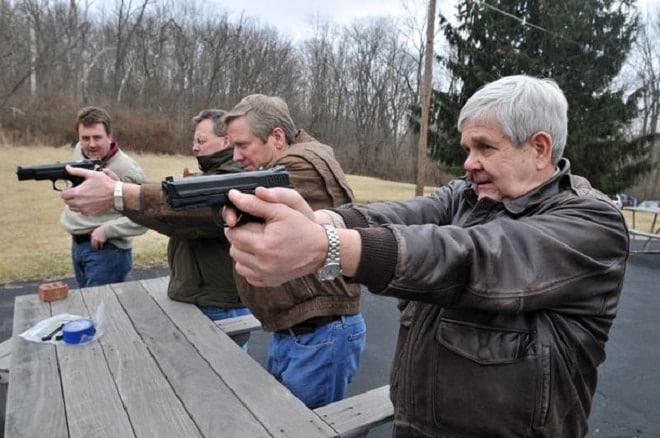 Lawmakers in Ohio gave their approval to a proposal that restores the right to carry concealed handguns in day care facilities, school safety zones, airports and other areas.

The legislation aiming to drop many gun free zones across Ohio, was introduced to the House in February and has since flown through two committees with ease before winning the chamber as a whole in a 68-29 vote on Tuesday.

“It is meant to facilitate lawful gun ownership so that citizens are able to protect themselves and their family from crime,” said sponsor, Rep. Ron Maag, R-Lebanon, previously.

Public colleges and universities as well as state and local government buildings could also “opt-in” to repealing their own local gun prohibitions under the bill’s language. Houses of worship already have opt-in provisions under existing laws.

“There is this weird assumption that just because you have a handgun and have a permit that you know what you’re doing,” said Strahorn. “Even if something happens, it doesn’t mean that you’re not as big of a threat to the public by hitting the wrong person.”

The bill is opposed by gun control groups, the Ohio Association of Chiefs of Police and the Ohio Prosecuting Attorneys Association, while Second Amendment advocates argue gun free zones are actually dangerous to public safety, especially in schools.

“This is a huge step forward for firearm rights in Ohio, and will ease restrictions on the law abiding,” Ohio Carry President Brett Pucillo told Guns.com on Wednesday. “As a former teacher in Youngstown City Schools, I only wish this legislation had been passed sooner.”

Pucillo contends the way Ohio’s guidelines are currently structured, the state’s 400,000 concealed carry permit holders – as well as other gun owners with something as innocuous as a firearm in their vehicle’s trunk – can face criminal charges if they find themselves running astray of an ill-defined gun free zone.

“The current laws can be very vague at times, and there have definitely been good people who have had their lives and livelihood ruined due to a misunderstanding of the laws. These new laws would clear up many murky areas, and ultimately make it safer for a law abiding person to carry a firearm in Ohio,” Pucillo said.

HB 48 now heads to the state Senate where the Republicans are holding 23 of 33 seats and an approval there would place it on the desk of Ohio Gov. John Kasich, who is known for signing pro-gun legislation.