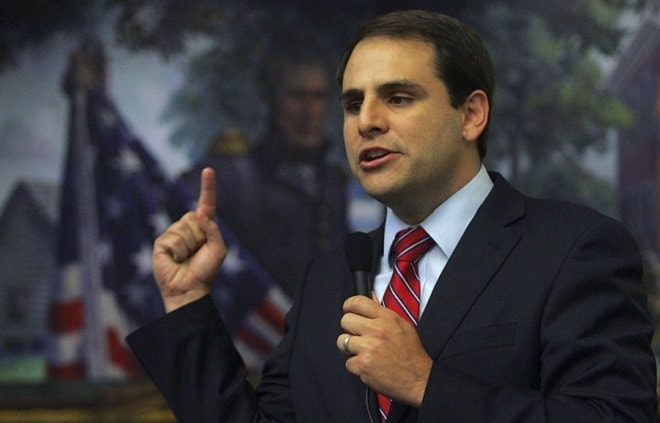 Rep. Carlos Trujillo, R-Miami, was among those who voted against a measure that places the burden of proof in pre-trial stand your ground hearings on prosecutors. (Photo: Phil Sears/Miami Herald)

A proposal that would have further strengthened the Sunshine State’s self-defense statutes fell by the wayside Monday in a House subcommittee vote.

The measure aimed to enhance protections under the state’s “stand your ground” laws by shifting the burden of proof in cases under investigation to prosecutors, forcing them to establish beyond a reasonable doubt before going to trial that the defendant could not claim self-defense.

With one Republican already absent during the hearing of the House Criminal Justice Subcommittee in which the bill was heard, two further GOP lawmakers cast their lot with the committee’s quartet of Democrats to sandbag the proposal in a 6-6 vote.

Voting against the measure was committee chair Carlos Trujillo, a Miami Republican and former prosecutor who had misgivings about beefing up stand your ground in the state.

“I’m sympathetic for the individuals who find themselves in bad situations, with bad facts and bad judges,” said Trujillo. “But I’m also more sympathetic to women of domestic violence, young members of my community who are oftentimes killed, (and) individuals try to use a good law that was passed with noble purposes for very ignoble attempts.”

The deadlocked bill, HB 169, would have made a significant change to how courts and prosecutors in the state proceed to trial with defendants who use a stand your ground defense.

The state legislature in 2005 passed a self-defense law that gave immunity from arrest, detainment, charging and prosecuting unless an investigation by the state reveals there was probable cause to believe the act was not, in fact, lawful self-defense.  However, the Florida Supreme Court authorized prosecutors to use a special stand your ground hearing in which those under investigation have to prove they are innocent rather than making the state prove guilt – and from there either apply charges and hold for trial or move to release.

HB 169 aimed to reverse that process, moving the burden of proof in the SYG hearing back to the state, a move that supporters of the bill argue is needed.

“You’re talking about a basic tenet of American justice,” said sponsor Rep. Dennis Baxley, R-Ocala. “This is the difference between being here and in Russia: You’re innocent until proven guilty and it is always the burden of the state. We would rather allow a guilty person go free than to convict an innocent one. Particularly somebody who was defending themselves and others from harm. That’s the kind of society we need.”

Gun rights advocates threw shade at GOP lawmakers who crossed the aisle against the measure.

“The Florida State Republican party seems as fractured as it is in Congress,” Marion Hammer, executive director of the Unified Sportsmen of Florida and past president of the National Rifle Association, told Guns.com. “We saw Republicans take a walk to avoid keeping their word and other Republicans voted with the anti-gun Democrats and some Republicans apparently forgot they were elected to represent the people and instead representing the interest prosecutors against the people. You can bet there are unhappy people and you can put me at the top of that list.”

The measure’s Senate companion, SB 344, won the easy approval of that chamber’s Criminal Justice Committee in a 4-1 vote last month and is scheduled for hearing on Wednesday, though sponsor Sen. Rob Bradley, R-Fleming Island, advised he may withdraw it without a companion House proposal in play.