Baltimore sees 'sad homicide milestone' with over 300 murders this year 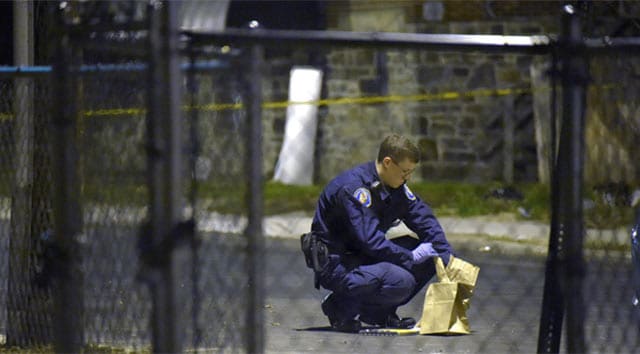 A Baltimore police officer examines evidence at the scene of the city’s 300th murder. (Photo: The Baltimore Sun)

The total number of homicides so far this year in Baltimore now stands at more than 300, a sobering number that has not been reached since the height of the city’s crack and heroin epidemic nearly 20 years ago.

“Three hundred lives wasted,” said president of the Baltimore branch of the NAACP Tessa Hill-Aston. “All those people had potential.”

City officials are baffled at the uptick in deadly violence and while opinions are split on how to bring those statistics back down, most agree something must be done.

“This challenging moment shall pass if we reject blame and embrace the hope, dreams, and promise of a great American city,” Police Commissioner Kevin Davis said in a statement Saturday evening. “Baltimore will win again, 2015 will not define us, and the nation will once again see our City for the determination that has long defined us.”

Davis, who called the 300th murder a “sad homicide milestone,” indicated the acts of violence typically aren’t random, but rather drug-related. Still, it isn’t just the drug pushers and addicts that are caught in the crossfire. Davis made reference to 24-year-old Kendal Fenwick, who was the city’s 295th homicide victim. Authorities believe Fenwick, whose yard was being used as a thoroughfare for local drug dealers, was shot to death in retaliation for building a fence to protect his family by keeping them out. Davis called Fenwick’s death an outright execution and scoffed at the idea that society has become accustomed to such acts of violence that happen on a regular basis.

Kurt Schmoke, who was Baltimore’s mayor from 1987 to 1999, blamed the murder rate – which he called an “absolute tragedy” – on the city’s “subculture of violence,” along with the lack of trust in the police force and the “whole stop-snitching business,” The Baltimore Sun reported. Schmoke, a long-time advocate of the decriminalization of drugs, said the heart of the problem lies in pulling the profits out of the drug business. 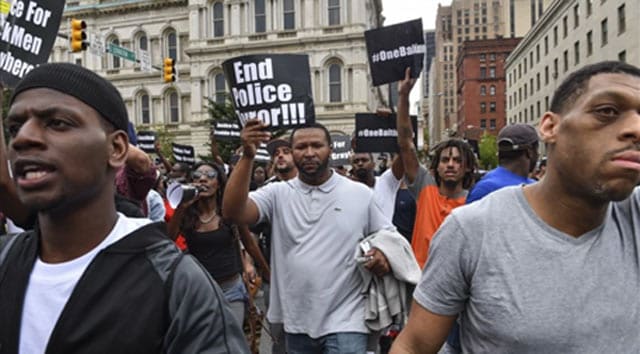 Some feel that the death of Freddie Gray only added to the city’s problems. (Photo: The Washington Post)

Schmoke also pointed to the “shoot first and ask questions later” attitude carried by so many young men in the city. Perry Hopkins, a drug addict turned community activist, echoed a similar sentiment and said many young men believe, “I’ve got to get him before he gets me.”

Hopkins added that much of the violence is also fueled by anger and fear and not knowing how to express those emotions in a healthy way.

Furthermore, the death of Freddie Gray, which resulted from injuries he sustained while in police custody, was believed to only have added to the tension felt between law enforcement and the communities they serve, thereby further contributing to the anger and fear Hopkins spoke of. Additionally, during the riots following Freddie Gray’s death, a number of businesses were looted of large amounts of prescription drugs, which have presumably since been taken to the streets, only contributing to the already rampant drug problem.