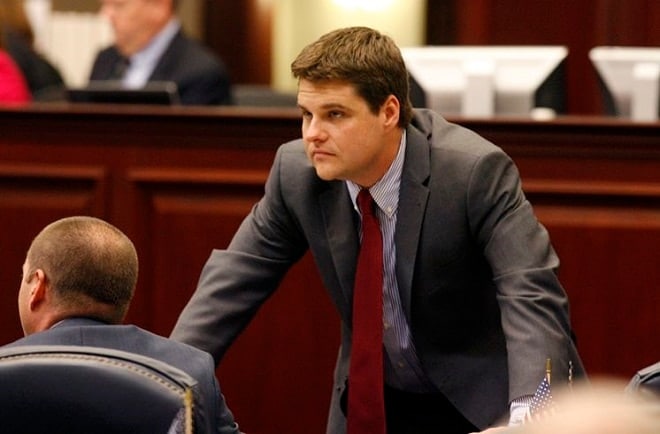 Even with two Republicans voting against the measure under pressure from their local sheriff, Florida’s open carry bill won the day in a tough vote.

The measure, introduced in September had no problem with passage by the House Criminal Justice Committee last month but ran into a bumpier ride in its trip Wednesday through the Justice Appropriations Subcommittee, in the end passing by a 7-6 vote.

Law enforcement lobby groups, to include the Florida Sheriffs Association, were on hand to blast the legislation.

“It’ll make it difficult for law enforcement to identify a law abiding citizen with a gun from a potential threat to the officer,” he said.

It should be noted that the two GOP lawmakers voting against the measure, normally pro-gun Reps. Chris Latvala and Kathleen Peters, are from Pinellas County.

Other sheriffs, among them Sheriff Wayne Ivey of Brevard County, support the prospect of open carry.

Second Amendment groups contend Gualtieri is painting a darker picture of the legislation as part of an agenda.

“Pinellas County Sheriff Bob Gualtieri continues to spread lies about the content of HB 163,” wrote Florida Carry in a statement emailed to Guns.com. “Unfortunately, the Pinellas County contingent in the House of Representatives is listening (to) his lies.”

The group argues that open carry is legal in most of the country – 45 states – and that most often open carry is practiced in very innocuous ways. For example, a concealed carrier who leaves their coat off while pumping gas or the hiker who openly carries in the field.

“Florida’s Open Carry ban is so strict that it would be illegal for a concealed carry licensee to take off a jacket at a friend’s house if doing so exposed a holstered handgun,” says the group.

The measure now heads to the House Judiciary Committee for further hearings.