NRA defends against claims it's out of touch with members 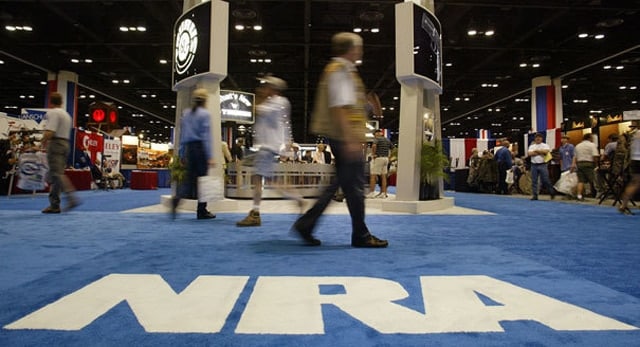 An NRA booth at a trade show.

The National Rifle Association on Wednesday defended itself against claims that the gun rights group has lost its way and doesn’t represent the views of its members.

A new poll commissioned by the Center for American Progress found 62 percent of gun owners believe the NRA is out of touch with them on the issue of criminal background checks.

The NRA found the results of the survey laughable, responding by saying membership information is private. There are also tens of millions of gun owners across the country who support the NRA but may not pay dues as members, the group argues.

“The obvious anti-gun bias in this poll leads to the false conclusion that gun owners want more gun control laws. That’s precisely what the anti-gun think tank that commissioned this poll wants politicians to think,” NRA spokesperson Catherine Mortensen told Guns.com in an email. “But in the most powerful poll of all, the elections, last year Americans overwhelmingly supported pro-Second Amendment candidates for local, state, and national office.”

Mortensen said the NRA has supported enforcement of existing laws for more than 20 years and pointed to the low rate of charges the Department of Justice brought as a result of denials from the National Instant Background Check System.

Of the more than 72,500 denials in 2010, only 62 charges were brought, according to an August 2012 report from the National Criminal Justice Reference Service. Field offices for the Bureau of Alcohol, Tobacco, Firearms and Explosives declined referral of 4,184 cases for prosecution, 40 percent of which were found to have no merit and 26 percent didn’t meet state or federal guidelines.

The same year, the Federal Bureau of Investigation conducted more than six million transfer checks and denied about 1 percent of them.

If through its own investigations the ATF finds a gun is legally purchased then transferred to a prohibited person, like a felon, either the agency or sometimes the federally licensed dealer who sold the weapon will attempt to retrieve it, ATF spokesperson Ginger Colbrun told Guns.com.

“In fiscal year 2014 the FBI referred about 3,000 delayed denials to ATF. After further investigation ATF referred 2,250 to its field offices for further action,” Colbrun said. “Of those, ATF special agents either retrieved the firearm, made sure the firearm was transferred to a non-prohibited person or recommended the investigation for prosecution.”

If the ATF finds sufficient evidence to prosecute, it will refer such cases to the U.S. Attorney’s Office. The decision is then left to that agency, which prioritizes and decides which cases it will take on.

The claim that the DOJ isn’t doing enough to curb gun violence has been script for quite some time and was repeated in a recent video featuring NRA Executive Vice President Wayne LaPierre.

“If the president held a press conference tomorrow morning and directed every federal jurisdiction to round up every felon with a gun, drug dealer with a gun and criminal gangbanger with a gun, law enforcement would have thousands of violent thugs in handcuffs and squad cars by sundown,” LaPierre said.

The comment was made in response to a speech given by President Obama at the International Association of Chiefs of Police’s annual convention in October.

When asked if supporting Second Amendment rights goes hand-in-hand with keeping illegal guns out of the hands of criminals and abusers, 71 percent of respondents strongly agreed.

Mortensen said the NRA supports keeping guns out of the hands of criminals and abusers and “both classes of people are already prohibited from acquiring or possessing firearms under current law.”

The Center for American Progress did not respond to phone and email requests for comment by article publication.