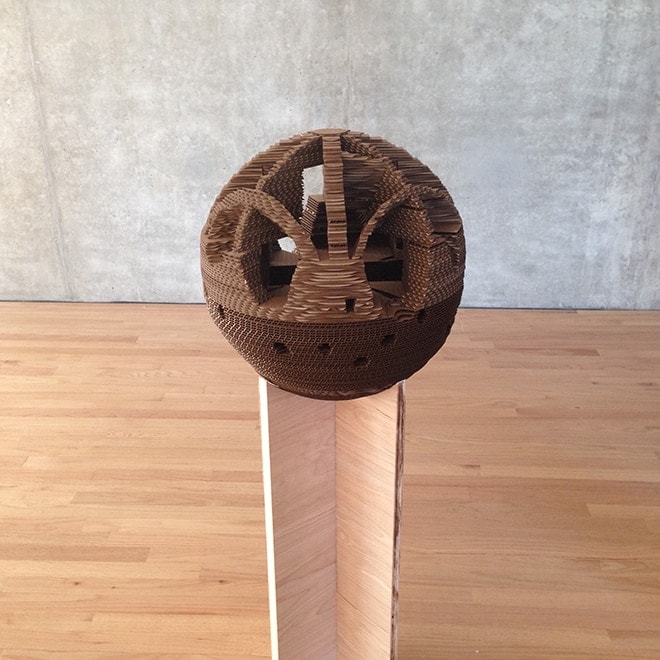 The University of Arkansas has been host to an art exhibit put on by the Fay Jones School of Architecture and Design titled, Semiautomatic, the design of two of the school’s professors, Marc Manack and Frank Jacobus.  The work seeks to draw our attention to the “disturbing shortening cycle of shock, grief, loss and forgetfulness” that follows mass shootings in this country.

The exhibition is itself only a modeling of a proposal for memorials to be created after each mass shooting occurs.  The physical artwork is meant to show what in full scale would be a cenotaph, a memorial erected in honor of a group of people whose remains are buried elsewhere.  According to the description given at the exhibit, upon learning of a new shooting incident, the artists would construct a new cenotaph by a large-scale 3-D printer and then fly it in by helicopter to be installed within seven days of the event.  The design of each would be created by an algorithm that uses details of the individual shooting to generate the structure. 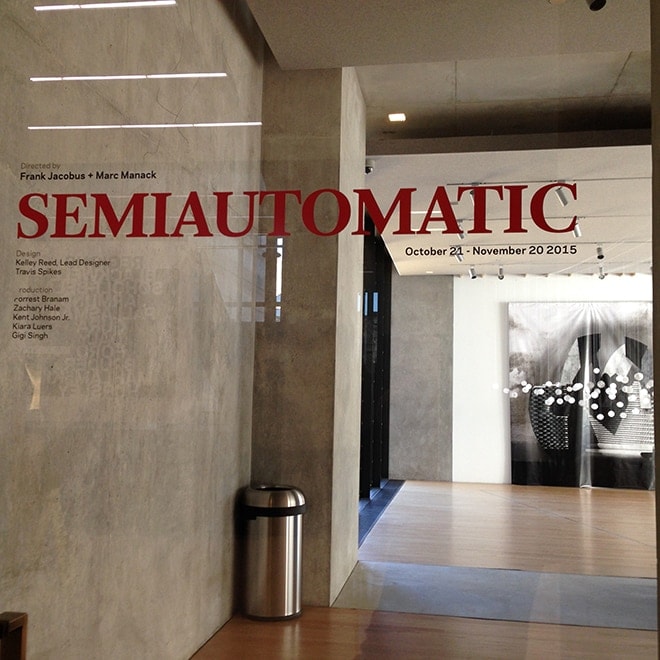 One illustration of this, done as a drawing inspired by the work of artist and amateur astronomer Étienne Léopold Trouvelot, is a design based on the mass shooting in Newtown, CT.

The designers inform us that they used ideas of the philosopher and cultural critic, Walter Benjamin—specifically his notion of fetishism, a technique “in which we separate objects from their functional context in order to make of them natural constants.”  Language like that is one reason that art criticism is infamous for being opaque, but let’s sort out what is meant here. 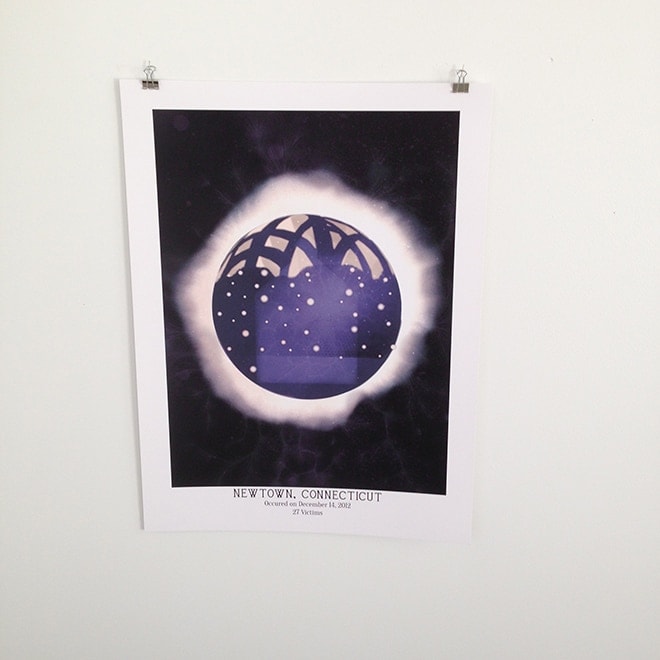 Benjamin believed that our social lives exist in a phantasmagoria of fetishism—in other words, we attempt to build representations of the world to replace what he regarded as the divine truth of its actual nature.  The anti-fetishist “recognizes and even seeks out the failure of representation. It is this failure, the exposure of the vulnerability, falseness and even impossibility of representation, that the anti-fetishist engages with in order to do maximum damage to the phantasmagoria.”  Which is to say, the shall we say enlightened person, in Benjamin’s view, sees how political theater is fake. 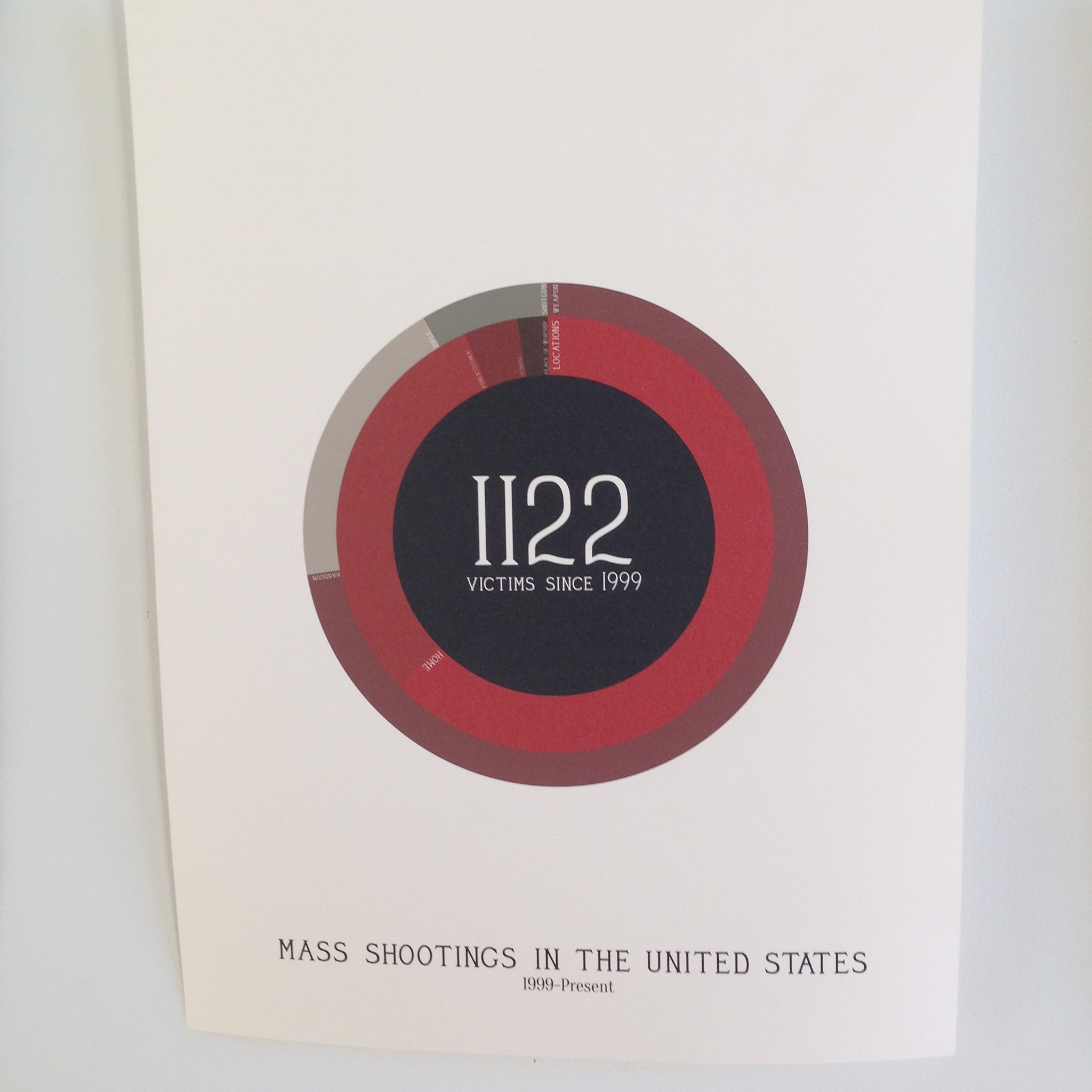 Where he wants us to go with this is subject for other discussions in a different context.  With regard to Semiautomatic, it appears that the designers wish to use their algorithmically created sculptures to pull us out of the usual reactions to the horrors of a mass shooting.  Manack and Jacobus offered no direction that they want our thinking to go, but perhaps we who attend to gun rights and the defensive use of guns can make suggestions here. Sign that greeted the author on the University of Arkansas campus while heading to the Semi-automatic art exhibit. (Photo: Greg Camp)

The irony about this exhibit is that since it was hosted on a university campus—a campus that bans guns—and though I am a gun writer, I was obliged to go unarmed to see the artwork.  As always, I’m left to wonder how many of the mass shootings represented would have happened if the people present had been able to defend themselves effectively from the crazed attackers who ignored the law and brought guns with them.  But the wishful thinking that declaring a gun-free zone makes it so has so far kept too many locations as easy fields for attackers seeking their time in the headlines.  If for no other reason than scientific curiosity, we ought to remove the legal barriers that prevent good citizens from carrying firearms.

Or we can leave signs such as these posted across the nation and continue having occasion for the construction of ever more cenotaphs.