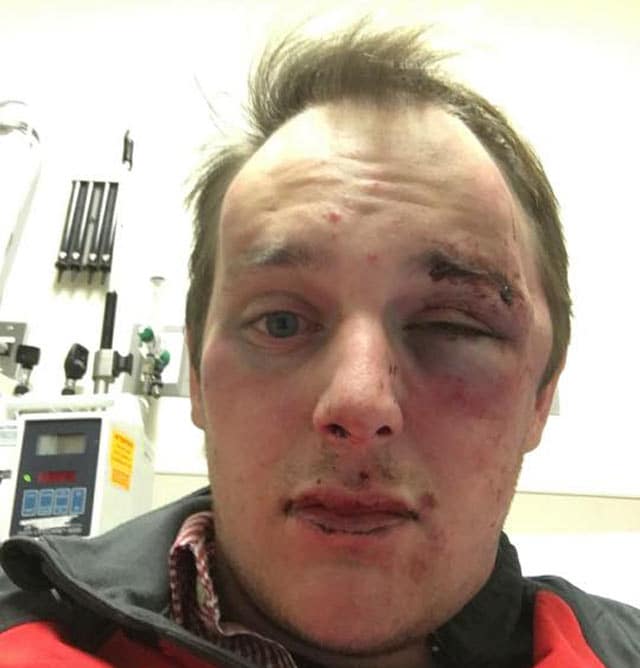 Two officers who were working private security at the Ole Miss-LSU game over the weekend are under investigation after they apparently assaulted an Army veteran who they mistook for someone else.

The altercation, which was captured on video, stemmed from an incident that occurred with a group of guys a few rows away, but when Chris Barnes tried to explain that the officers had the wrong guys, he got a swift punch to the face, followed by several more.

Barnes’ wife, Holly, posted a video to Facebook in hopes of sharing his story. She said she is disgusted and disappointed at how her husband was treated over something he didn’t even do. Furthermore, Holly alleges that her husband was not given medical attention until four hours after he was arrested.

In the end, Chris suffered from a concussion, fractures to his orbital wall and maxillary sinus, and contusions to the tissues of his eyes.

The Oxford Police promptly tweeted that they were not involved in the incident, while Ole Miss Police released a brief statement confirming that the officers involved were not from the University of Mississippi Police Department, but rather certified officers from other departments hired to work security.

Meanwhile, Barnes is said to be doing okay, but otherwise isn’t talking to anyone except his lawyer.