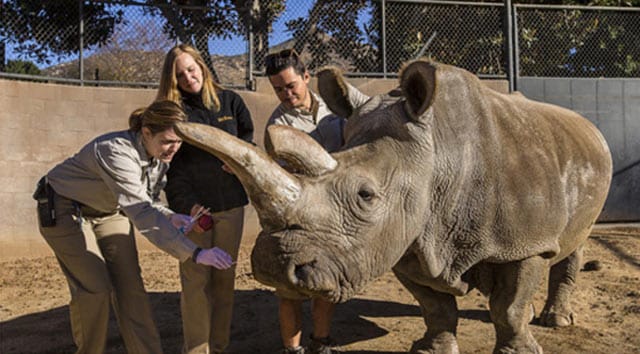 Park officials said they made the “difficult decision” to euthanize Nola following a series of severe health problems, including a bacterial infection and a recurring hip abscess. The animal was considered geriatric and suffered from a number of other ailments that sometimes come with age, like arthritis. The decision to euthanize was made when Nola’s condition took a turn for the worse.

Nola was a star attraction at the park for nearly 30 years.

Now, there are only three Northern White Rhinoceroses left in the world, which includes just one male. The remaining rhinos reside at a protected park in Kenya, where they are protected 24 hours a day by armed rangers.

The world’s last male white rhino, Sudan, has his own personal armed guards who never leave his side.