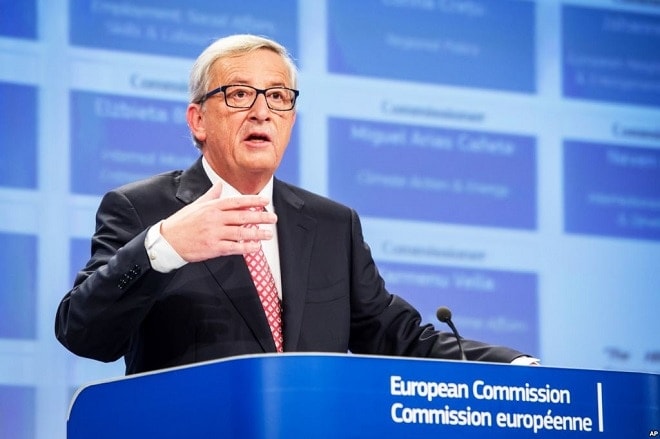 EC President Jean-Claude Juncker contends the new regulations will help keep guns out of the hands of terrorists. (Photo: AP)

In light of the recent attacks in Paris, European ministers met in Brussels on Friday to establish new gun control measures to include a ban on semi-auto firearms.

Just a week after a series of terrorist attacks in the French capital that claimed the lives of more than 120, the members of the European Union stepped up implementation of a sweeping draft proposal introduced after April’s attack on the Charlie Hebdo newspaper.

“The recent terrorist attacks on Europe’s people and values were coordinated across borders, showing that we must work together to resist these threats,” said EC President Jean-Claude Juncker in a statement. “Today’s proposal, prepared jointly by Commissioners Elżbieta Bieńkowska and Dimitris Avramopoulos, will help us tackle the threat of weapons falling into the hands of terrorists. Organised criminals accessing and trading military grade firearms in Europe cannot and will not be tolerated.”

Inside the 28 member states of the EU there are currently four classifications of firearms.

The first, full-auto, and military style semi-auto firearms, are forbidden from civilian ownership unless they have been deactivated. The second, which includes many sporting semi-auto firearms, are allowed with special permits though some countries such as Great Britain also ban these. The third and fourth types are repeaters such as pump-action and other firearms.

Under the new guidelines, civilian ownership of any former select-fire or semi-auto military or military-style firearm, even if it had been demilled or deactivated, would be prohibited. Next, the second category of currently allowed semi-autos would have to be deactivated. Further restrictions and regulations would be placed on blank-firing guns as well as increased reporting requirements for gun makers, importers, collectors, and brokers.

Finally, the commission is seeking to crack down on internet gun sales and marketing inside the EU.

“The adoption of the firearms package today is proof of the Commission’s determination to address the new reality we are confronted with,” said Citizenship Commissioner Dimitris Avramopoulos. “We need to remove regulatory divergences across the EU by imposing stricter, harmonised EU standards for firearms and ensuring efficient exchange of information between Member States.”

There is mounting opposition to the proposal from law-abiding European gun owners.

“The victims of this tragedy have not been buried yet, the criminals are still on the loose and the police has not even finished the investigation and yet the EU is announcing measures to prevent something like that from happening again,” reads an online petition begun by a Belgian that has already garnered over 100,000 signatures in four days.

“Since then the EU has been preparing new legislation to ban semi-automatic firearms in the hands of law abiding EU citizens. Despite the fact that these weapons were not used by terrorists and are not even typically used by criminals. They use unregistered, untraceable black market full auto Kalashnikovs,” continues the petition which is receiving the online support of popular European gun advocates such as Instructor Zero.

If adopted, the measures would be up to each member state to enforce in their own way but should the European Commission believe a nation is not meeting the guidelines it could potentially bring that member to the European Court of Justice in a dispute.