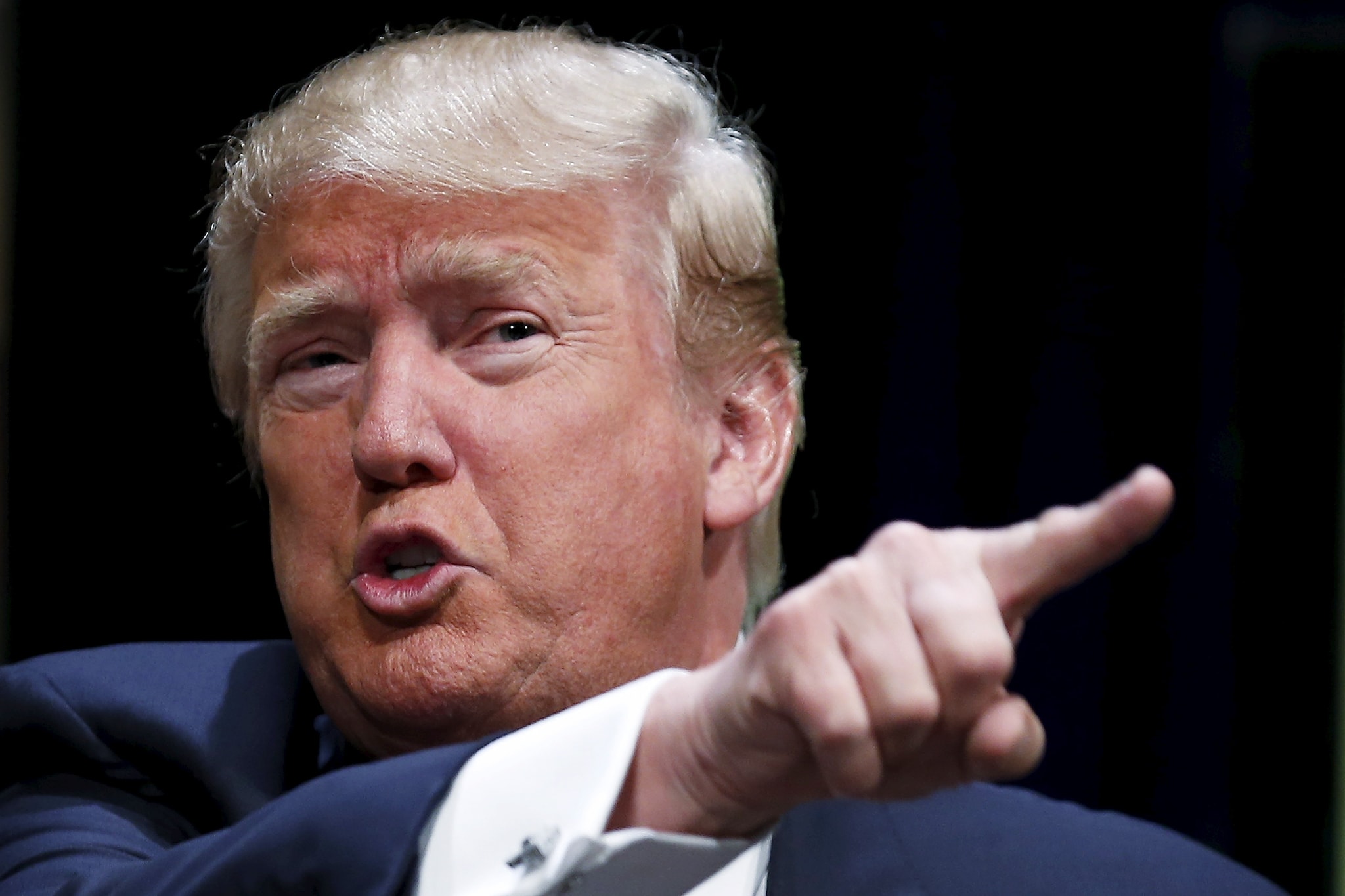 Donald Trump sure knows how to draw a crowd and a recent retweet from his Twitter account is continuing that trend.

The Republican frontrunner retweeted an image Sunday afternoon titled “USA Crime Statistics ~ 2015” with six numbers representing violent crime perpetrated by and against blacks, whites and police. Two of the statistics are highlighted – “blacks killed by police ~~ 1%” and “blacks killed by blacks ~~ 97%.”

It’s not just the incorrect statistics or the fact that the source – San Francisco’s “Crime Statistics Bureau” – doesn’t yet offer 2015 data and the 2014 data it does offer doesn’t break down the homicide numbers by race, the New York Daily News reported. The tweet also depicts what looks like a black man with a bandana over his face and pointing a gun sideways, an often-used characterization of a “thug” some feel is racist.

The image’s origin is unknown, but it was tweeted by @CheesedBrit Saturday night. The tweet has since been deleted, the user claiming he or she did not create it and wasn’t the first to tweet it.

Trump’s Sunday retweet of the graphic came only a day after his Birmingham rally, where a Black Lives Matter protester was reportedly tackled, punched and kicked. Trump’s campaign said it did not condone the altercation Saturday, but then Trump suggested otherwise Sunday in an interview with Fox News.

“Maybe he should have been roughed up because it was absolutely disgusting what he was doing,” Trump said.