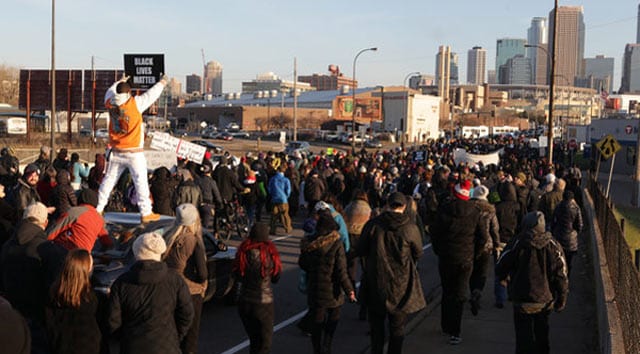 Protesters returned to the streets the day after the shooting with more in attendance and a greater sense of drive. (Photo: Arthur Nazaryan / The New York Times)

Protesters who have remained stationed outside of a Minneapolis police department for more than a week say they will continue to stand strong despite a shooting at their encampment late Monday night that left five people injured.

According to witness accounts, as reported by the Star Tribune, a group of four men wearing masks entered the area where the demonstration was being held and began filming as they taunted the protesters. Apparently such incidents have occurred in the past, prompting event organizers to set up a safety committee to handle these and other types of security concerns.

The masked men were approached by demonstrators who questioned why they were there and asked them to remove their masks. The men did not comply with the request, so the demonstrators started to escort them from the area. About a half block away, near the center of the demonstration, the four men turned and opened fire on a crowd, striking five people, then fled from the scene.

The victims were transported to local hospitals, some via private vehicle and others by ambulance. All of the injuries, which included a man being shot in the stomach, were considered non-life threatening.

Demonstrators, who were positioned outside of the police department to protest the fatal officer-involved shooting of Jamar Clark, 24, on Nov. 15, expressed concern over the lack of action shown by authorities immediately after Monday night’s shooting.

“They sat here and watched,” said Alexander Clark, who is related to Jamar Clark. “Not one of the officers came off that wall. We said, ‘Why aren’t you doing anything.’”

According to The New York Times, Clark said the officers present at the protest told the demonstrators not to talk to them and when the gunfire erupted, the officers responded with, “This is what you all wanted, right?” Clark also said at least one of the shooters was wearing a bullet-proof vest and they operated using “police tactics.” 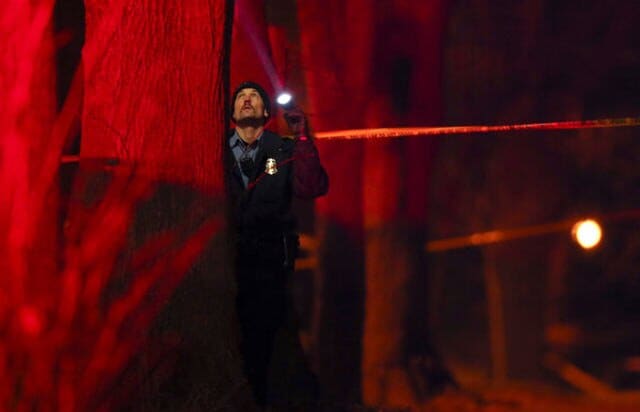 John Elder, a spokesman for the police department, said, “No matter what, people are going to have their own theories,” but he hoped people would wait for the facts to emerge before drawing unsubstantiated conclusions.

However, Miski Noor, organizer with Black Lives Matter Minneapolis, said the suspects showed up at prior protests and event organizers told authorities of an “impending threat from white supremacists,” but their concerns were ignored. After the shooting, Noor said the group has “zero faith” in the police department’s desire to keep the community safe.

The Minneapolis Police Department on Tuesday confirmed all four suspects were in police custody. A fifth individual was also questioned, but later released. It’s not clear at this point what charges the suspects will face.