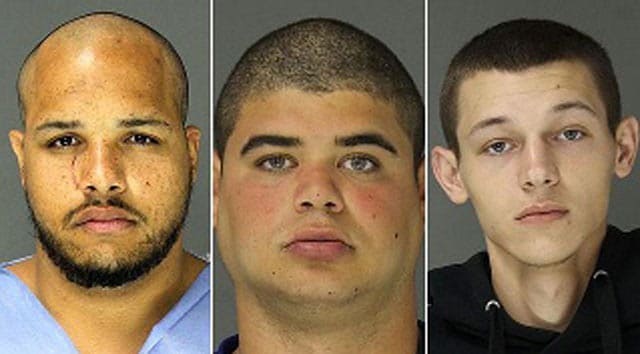 Thanks to one father’s quick thinking and even faster reflexes, a Pennsylvania couple is glad to be alive after a terrifying break-in at their Oley Township home early morning last week.

Jennifer Wegman told local news station WFMZ around 1 a.m. Nov. 17 she heard the sound of a loud bang, which she later discovered was three men kicking in the door. Her husband, Eric, who was sleeping beside her, woke up when he heard someone yelling. When Eric opened his eyes, there were two strange men standing in the couple’s bedroom. It was dark, but Eric said he could see well enough to know the suspects had guns pointed at him and his wife. What the suspects didn’t know was that Eric also had a gun within arm’s distance.

Without hesitation, Eric reached into his nightstand drawer and retrieved his handgun. There was an exchange of gunfire with two of the suspects as Eric chased them out of his home and away from his wife and 11-month-old baby.

Two of the suspects were hit and one dropped his gun as he ran out of the door. It wasn’t until after the commotion was calmed that Eric realized he was also shot in the leg. He was transported to the hospital where he received treatment and was released the same day. 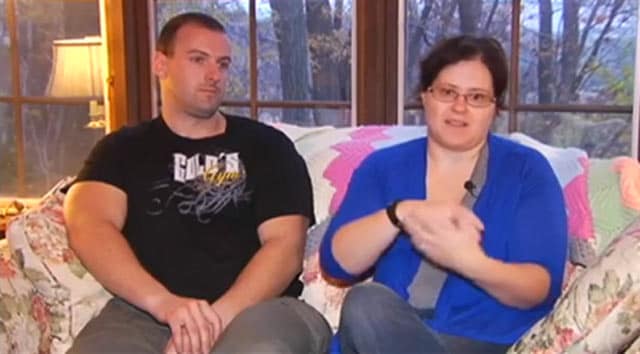 The suspects didn’t manage to steal anything, but Jennifer Wegman said the incident left her feeling violated. (Photo: WFMZ)

The suspects later showed up at an area hospital seeking medical attention for their wounded comrades, and were soon thereafter apprehended by authorities, along with a fourth accomplice who was waiting in a car outside as the break-in occurred. The suspects were identified as Edward Martinez, Brandon Smith, Erik Green and Cheyene Tavarez. The four face a number of charges including attempted criminal homicide, aggravated assault, robbery, burglary, theft, and other offenses. They are each being held on a $100,000 bond.

The group admitted they went to the house to rob the tenants, while Smith waited outside in the get-away car. However, they were unaware that the couple moved into the house just days prior to the robbery, so the tenants the suspects were searching for no longer lived there.

“It’s just frustrating. It was undeserved,” Jennifer said of the attempted robbery. “We did nothing to anybody, and now we’re having to deal with the consequences.”