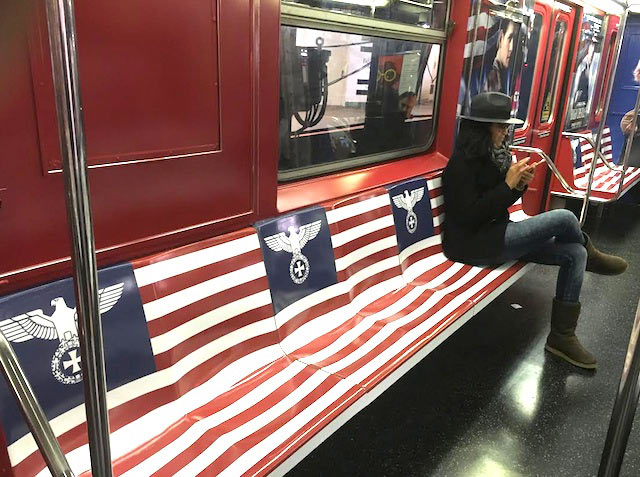 If it was Amazon’s intention to grab attention from the recently placed ads on New York City public transportation advertising the original series “The Man in the High Castle,” they hit the mark, although now – thanks to public outcry – the ads are coming down.

The series is set in 1962 and features an alternate-history storyline in which the Nazi Reich won World War II, headed west and took over America.

Twitter was abuzz with New Yorkers and others upset over the ads, which were set to run November 15 to December 14. Even Mayor Bill de Blasio criticized the advertisements.

“While these ads technically may be within MTA guidelines, they’re irresponsible and offensive to World War II and Holocaust survivors, their families, and countless other New Yorkers. Amazon should take them down,” de Blasio said in a statement.

And Amazon apparently listened, confirming Tuesday they would pull the ads from city transportation. Although ads for the show are still prominently displayed on the e-commerce giant’s website… at least for now. 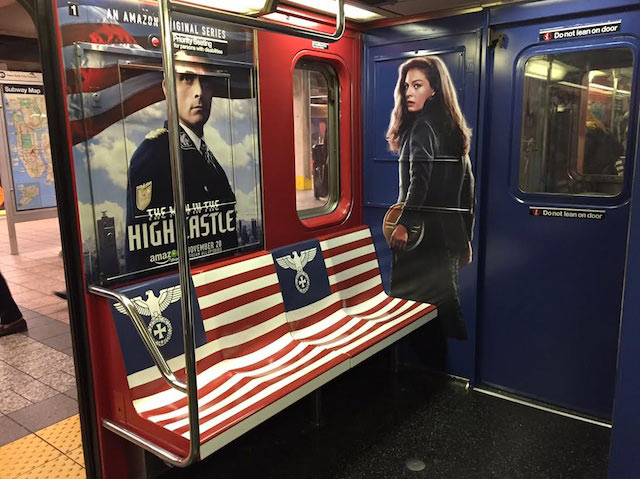