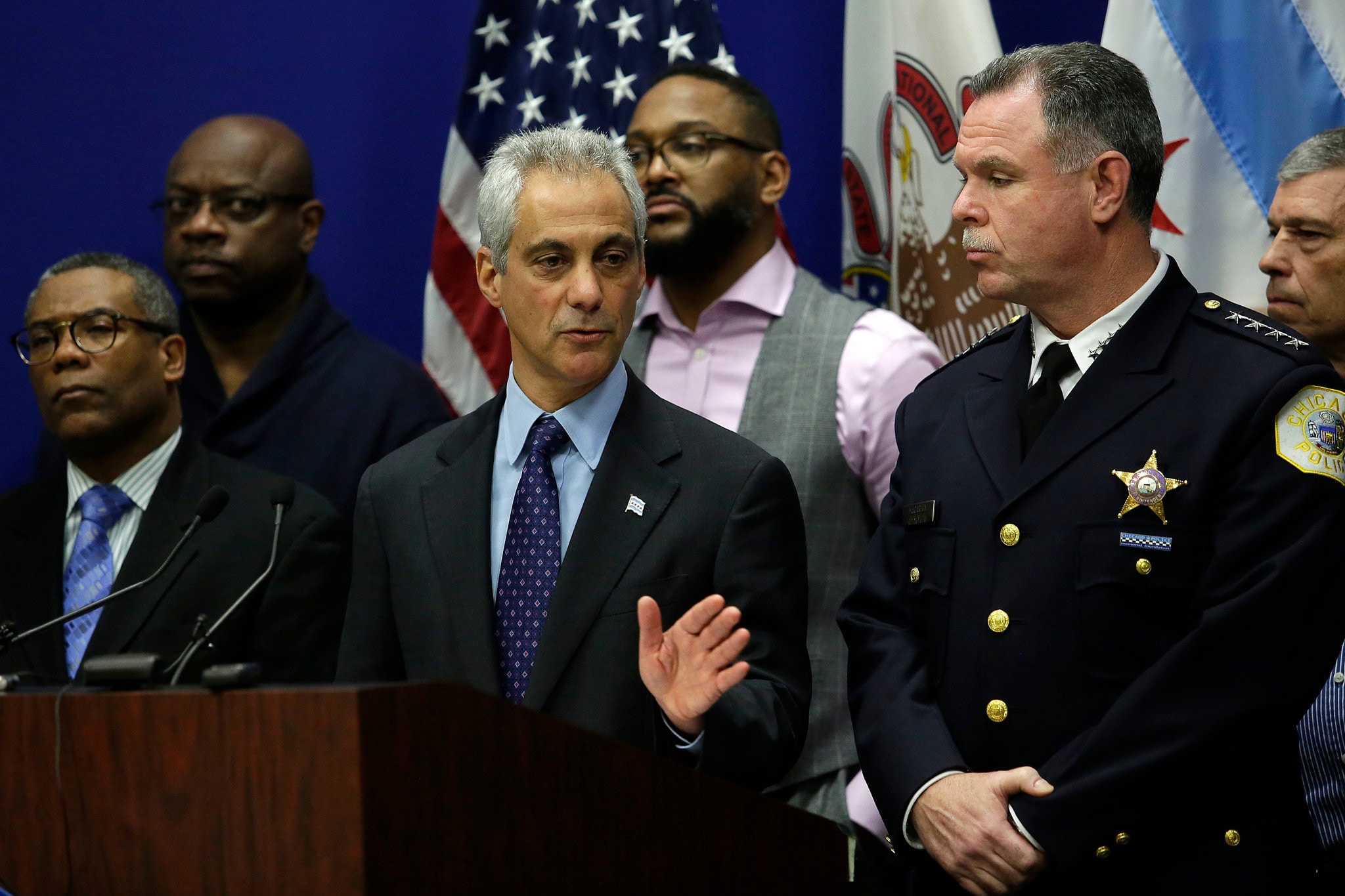 Just days after a Chicago police officer was charged with murder in a controversial shooting the department has been accused of trying to cover up, Mayor Rahm Emanuel on Sunday announced the city would expand its body camera program.

“Improving public safety and making Chicago a safer city has been one of my highest priorities,” Emanuel said in a statement, as reported by the The New York Times. “Expanding this successful program into one-third of the city will help enhance transparency and credibility as well as strengthen the fabric of trust that is vital between police and the community.”

The Chicago Police Department has been testing 30 body cameras in one police district since January and has captured more than 745 hours of footage in more than 4,600 videos. Utilizing a $1.1 million matching grant from the Department of Justice, the city reportedly plans to add up to 1,400 more cameras by the middle of 2016.

Expansion of the body camera program at this particular time could also be interpreted as an attempt at transparency. With last week’s news that one its officers is being tried for first-degree murder and another recommended for discharge on Tuesday after fatally shooting an unarmed woman in 2012, Chicago could be attempting to mend its damaged relationship with the public, particularly in the black community.

After word of Officer Jason Van Dyke’s first-degree murder charge spread Tuesday, hundreds of protesters – many of them black – took to the streets to voice their outrage. The unrest was likely sparked by police dash camera video released the same day showing the fatal shooting of 17-year-old Laquan McDonald, who was struck with 16 bullets during a confrontation with police in October 2014.

Though McDonald was walking menacingly down the street, armed with a knife, he was walking away from the officers when Van Dyke unloaded his magazine on the man. Van Dyke, who returned to court Monday for a bail hearing, was reportedly the only officer to discharge his service pistol the night of the shooting.

The night before Van Dyke was charged and the damning video released, McCarthy chided Officer Dante Servin, a white man, for fatally shooting a 22-year-old black woman, Rekia Boyd, more than three years ago. The mayor released his statement the following day, saying Servin didn’t “deserve to wear a police star or to patrol our communities.”

Servin’s case was different in that he fired into a group of people, not at an individual, and was found not guilty in April.

The police body camera expansion also comes as the department is looking to diversify its ranks. Officials announced earlier this month that the Chicago Police Department is seeking to hire more minority officers in an effort to have all parts of the city represented. The effort comes after years of lawsuits over the department’s racial gap, or the disproportionality of minority officers to white officers, which isn’t representative of the greater Chicago community.

Both the mayor’s office and the police department declined to comment.