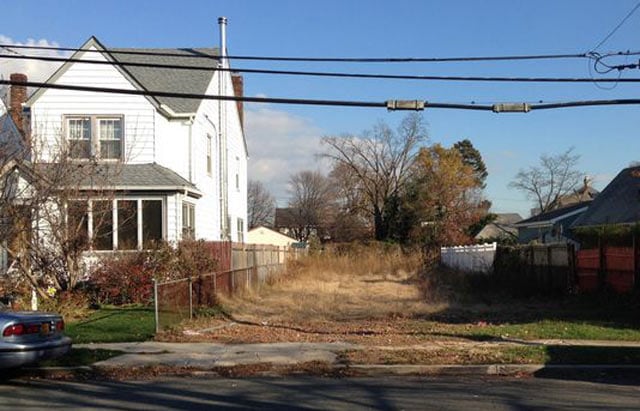 The place where Philip Williams’ home once stood is now an empty lot.

A 69-year-old U.S. Navy veteran got quite the surprise recently when he returned home after having surgery only to find his home gone. The city had apparently demolished his home and everything in it while he was away and now the veteran wants answers and compensation.

“I’m angry and I’m upset. It’s just wrong on so many levels,” Philip Williams told reporters. “My mortgage was up to date, my property taxes were up to date … everything was current and fine.”

In December 2014, Philips traveled from his home in West Hempstead, New York, to Fort Lauderdale to have knee surgery. Knowing the road to recovery would be difficult, Williams opted to go to Florida where he would be with a friend while recovering.

But an infection and heart complications left him hospitalized for eight months, until August 2015. When doctors finally cleared Williams to go home, he returned to find an empty lot in the place his childhood home once stood.

“My first thought was there was a fire or something,” Williams said.

But there was no fire. Instead, the city deemed Williams’ home unfit for habitation and demolished it. Along with the home he had lived in since he was just a baby, Williams lost everything inside – all of his housewares, clothing, a newly purchased bicycle, a model train set from his childhood, photos of his six children and his late wife’s engagement ring.

Neighbors said notifications nailed to the door kept piling up while Williams was away before the city finally tore down the house. Now, Kathleen Keicher, who lives across the street, said she feels terrible, and noted that none of the neighbors wanted anyone to lose their home, they were just essentially unaware of what was happening with the home and believed it to be abandoned.

Williams, who has since filed notice of a claim against the city, said he believes officials thought his house was a “zombie home,” one that was abandoned after notice of foreclosure, but not yet taken by the bank.

“The town basically took everything from me,” Williams said. “The town does not have a right to take all of my property, all of my possessions.”

The attorney representing Williams, who returned with his two suitcases of belongings to his friend’s home in Florida, said the city’s actions were illegal.

“You see people who went through a tornado or a flood and they say they lost everything, but that’s not preventable,” Williams said. “This was preventable. The town took my house.”